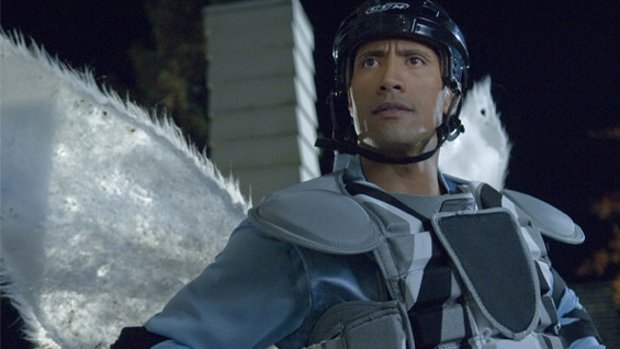 Before The Rock started going by his real name and doing movies like Toothfairy he was an awesome wrestler, and THQ is giving those who pre-orders WWE 12 a chance to add him to their team. Anyone living in the United States or Canada will get Dwayne ‘The Rock’ Johnson as a playable character when they reserve on the Xbox 360 or PlayStation 3. In addition, anyone who puts down money at a Game Stop or EB Games will get extra costumes for The Miz. His ‘I’m Awesome’ shirt and one of his suits to be exact.

While The Miz is someone that I have never heard of (I am not the biggest wrestling fan), I am familiar with The Rock and think that is a pretty nice incentive for pre-ordering a game you might be interested in anyway. Unless you hate The Rock of course, or are not digging his new look, since the shaved head and new tattoos will be part of his character model. For those of you who are interested in this offer but own a Wii, you’ll be getting both reservation incentives automatically when you pick up your copy.