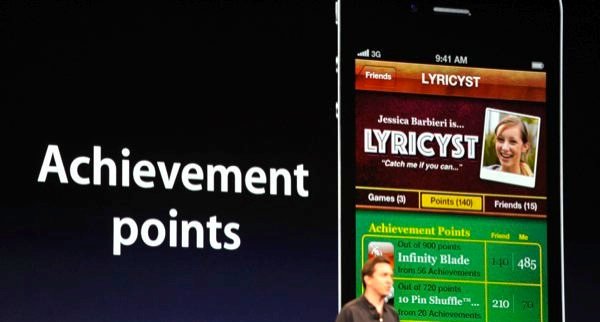 Apple was ballsy enough to hold their yearly Worldwide Developers Conference opposite E3. I mean, they’re Apple — they can do whatever they want and they’re still going to rake in the money. And with the announcement of iOS 5, the next version of the OS for iPhone, iPod Touch, and iPad, they’re sure to get a bunch of people breaking down and buying an iDevice, since it fixes a lot of minor problems, like notifications.

But the reason you might care is the overhauled Game Center. Yes, it still looks horrible, but Apple is taking a page from Xbox Live and integrating a lot of features from Microsoft’s system. The biggest gameplay change comes with the addition of achievement points, which I’ve come to expect on practically any game system these days.

There are a couple of social improvements as well, such as being able to access friends of friends, which will allow you to find more potential friends and rivals. Game discovery allows you to find new games to play based on who wants to play with you at that moment. You can also display photos in your profile, which, if the Internet has taught us anything, can only lead to bad things.

Finally, Apple made some improvements under the hood that allow game downloads from within Game Center and support for turn-based games like Words With Friends and Scrabble. The changes are nothing mind-blowing, but certainly they’re all welcome. Are you ready to start comparing your achievement score against other Apple gamers, or does its inclusion make you roll your eyes?