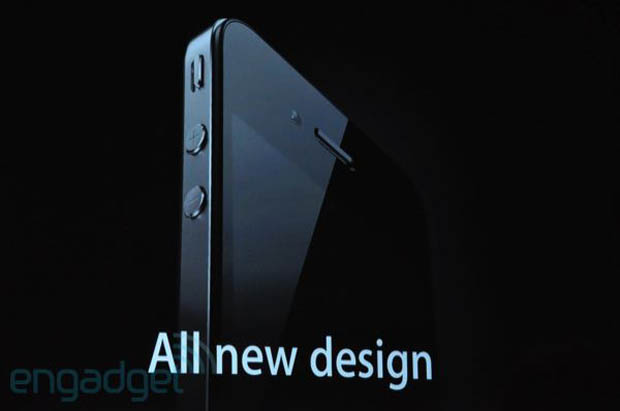 “I don’t know if you’ve ever seen this.”

Steve Jobs took the stage to officially announce the iPhone 4. Yep, that’s the official name. He called it the “most beautiful thing” Apple has ever made. It’s 24% thinner (9.3mm) and has glass on the front and back, and has steel around the sides. There’s a LED flash on the back to support the camera.

The iPhone’s new screen has four times the pixel density, which allows for things like anti-aliasing and sharper text on top of higher resolution graphics for games. We’re talking 326 pixels per inch, which Jobs says that this beats the limit of the human retina. This new resolution, 960×640 (800:1 contrast ratio), could allow for current iPad games to translate perfectly on the new iPhone.

Apple’s processor is the A4 chip, which is the same thing that they put in to the iPad.

On the gaming side, they’ve added a gyroscope to the phone, which brings the device up to 6-axis motion sensing, including pitch, roll and yaw, and rotation about gravity. Jobs played a wood block game (like Jenga) to demonstrate.