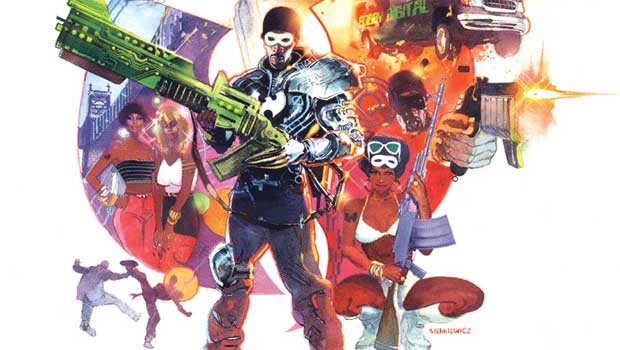 Ever stay up for 24 hours just to finish one more level of your favorite game? Wu-Tang Clan’s jack-of-all trades and self-professed nerd RZA understands — he claims he used to be kind of addicted to videogames himself.

RZA says he used to spend many late nights playing games, even at the expense of sleep. He says his son does the same thing, but after spending the past few years breaking his habit, he’s had to impose some rules for his family.

“Four hours a day of videogames is enough,” he said of the time he lets his child play.

“Only” four hours? That’s barely enough time to level up to 20 in Borderlands, RZA. The Grammy Award Winner also has a few words of wisdom for you parents out there.

“I’d rather raise nerds than gangsters.”

[via True/Slant, thanks Lazaro!]