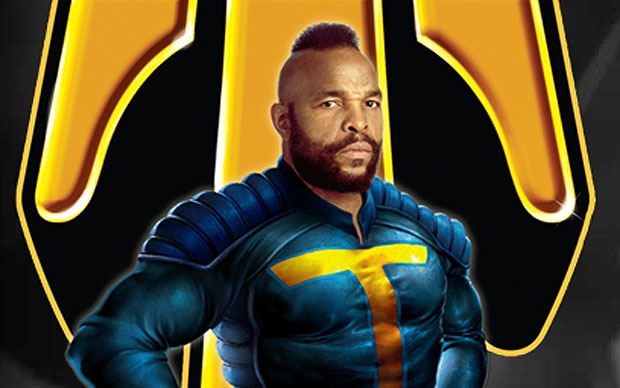 We’re not sure whether or not this is some bizarre April Fool’s joke that’s firing off about a month late, but here’s this thing…

Developer ZootFly has announced that its secured the rights from Mohawk Media to make a game based off of Mr. T’s graphic novels. Normally, I don’t simply copy and paste announcements, but I’m in shock and can’t think of anything else to say. Here:

ZootFly will develop a series of games packed with the trademark over-the-top adrenaline-pumping action of Mr. T.

Along with Mr. T and other characters from the graphic novel, the game will feature non other than Will Wright. In this universe, Will Wright is not a top-notch game designer but a top-notch American geneticist who was kidnapped and coerced to work on a diabolic plan. Mr. T and Will Wright will join forces to annihilate the Nazis and their hardware.

ZootFly is saying the game is coming to PlayStation 3, Xbox 360, Wii and PC. We’re saying “what the f**k”? We’ve contacted ZootFly with that very same question, and hope to have more details soon. Honestly, we’re finding it hard to believe that this a real thing, but we simply need to tell someone.