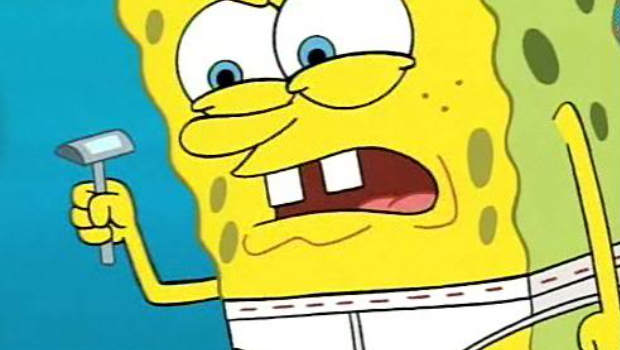 This thread is currently doing the rounds among the usual social networks, and I felt I had to share. Posted to the “Men Going Their Own Way” forum (so you already know it’s comedy gold), a thread called “WTF is with empowered women in video games now?” is basically the Holy Grail of privileged, entitled, manbaby gamers.

One particularly enlightening comment was about the famously awful Velvet Assassin: “A game where a woman skulks in the shadows before slitting the throats of men, or alternately stabbing them in the heart or in the back? finally, some realism.”

Meanwhile, the first truly positive post is by someone saying he likes Samus Aran because he can forget she’s a woman.

In all honesty, it’s hard to pick a favorite among these threatened, frightened monkeys. There’s the guy who says Gears of War 3 was almost ruined for him because you’re forced to play a female character for a few minutes, and who could forget the guy who only likes Sarah Connor in The Terminator because she started off helpless and relying on a male?

Make sure to pick your favorite, that’s if the forum can keep online (cached version). Apparently a collection of big, strong men cannot maintain a site that withstands moderate traffic spikes. I guess not being able to “keep it up” explains a lot of their issues.

Here are my top posts, anyway. The original, ironically brilliant, post. Not even Podtoid gets this offensive:

I am starting this thread because I see a new trend in the video/computer game world and that is the increase in strong playable female characters.

Now, I am no hardcore gamer but I do play computer games often and the recent one I have been playing recently is Shogun 2 total war. Now for those who don’t know what this game is, it is a strategy game based on the military of feudal Japan. I recently bought an upgrade for the game the other day and guess what one of the strongest military units was? Nuns. I shit you not. The nuns had an attack 20% -40% higher than most units in the game. Somehow I doubt that in real life a nun would have swung a sword or used a spear faster and harder than a feudal warlord, and this game was based on history.

I think I have the right to ask steam and other gaming companes: WTF with the subliminal brainwashing? What now when I buy or play a game women will be doing all the ass kicking? I seen some similiar patterns on the game advertisements on television and the internet recently and want to know if anyone else is seeing the pattern?

I call bullshit on this subject. Video games are the last place for guys to hang out and now women are taking over. Why not just save us the trouble and instead of eliminating our fantasy world just throw us in work camp to provide for thier bastard children (literally speaking) while they shit all over us…wait they already do that.

It’s pretty alarming how many of these guys are terrified of the idea that a woman might be physically more able than them, or not need to rely on a man’s assistance. Oh, and if you want to play a female character? You need to stake a strength and intelligence penalty:

I’ve noticed this too, and it drives me insane. Was co-oping Gears 3 last month and there’s a point where 2nd player has to take over a female character. Almost ruined the game for me. It may seem minor, but once you’re aware of this type of brainwashing it’s impossible to ignore. There’s no way a slim female could keep up with the massive battle-hardened male Gears in that kind of environment. They would be a liability as they are in real life combat.

You’ll see the same thing in most stat-based role-playing games as well, where you have the option of a female player character – like Fallout, Elder Scrolls, Mass Effect, Dragon Age, D&D, etc. The women never have any strength or intelligence penalties compared to the males – the only difference being female looks and occasional dialogue alterations. They want to give the impression that people of any race, gender, and sexual-orientation are interchangeable – that there are no differences in ability between them, and that only a bigot could think otherwise. I’m sick of it too.

Okay, one more personal pick. I’d love to see this man pick a fight with a female soldier — you know, like the ones we have in real life:

It would be hilarious to portray the female characters realistically. If you chose the female character in your FPS she would have to move very slowly, dragging the gun around. You could build in some extra shake to the crosshairs to represent hopeless accuracy. Every time you needed to reload your gun, instead of just pressing a button, you’d have to find a male character and go through some flirting dialogue options to persuade him to do it for you. One out of every four missions the game would tell you that you were sitting out this one due to ‘women’s issues’.