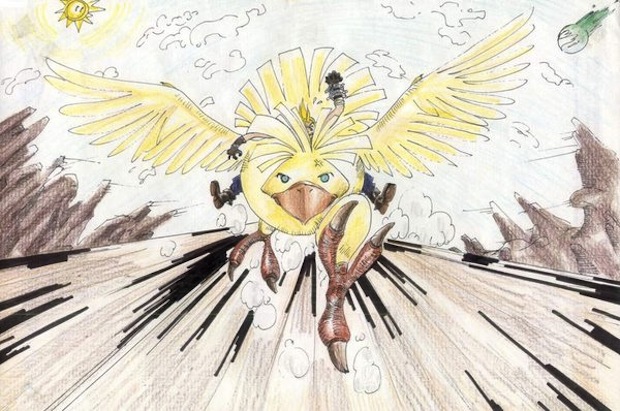 Here are two examples that are sure to blow your mind. The Chocobo theme goes straight metal in “Crazy Chocobo,” as shown above. I…love it. I LOVE IT.

Gas him up with the greens and let ’em go!

The other selection I have for you (after the jump) is called “Invisible Invaders,” or the “Lake Bresha Rap.” Yep, rap. It took XIII’s Lake Bresha theme and added some old school 1990s style rapping.

I can see it now, though. Purists, old farts and uptight as*holes that don’t know the meaning of fun will pick these songs apart, crying “Why, Square Enix?!” at the sky. They’re hilarious! Relax! Did you forget that games are for fun?

Of course, there’s epic orchestral stuff in the mix. This song is quite good.