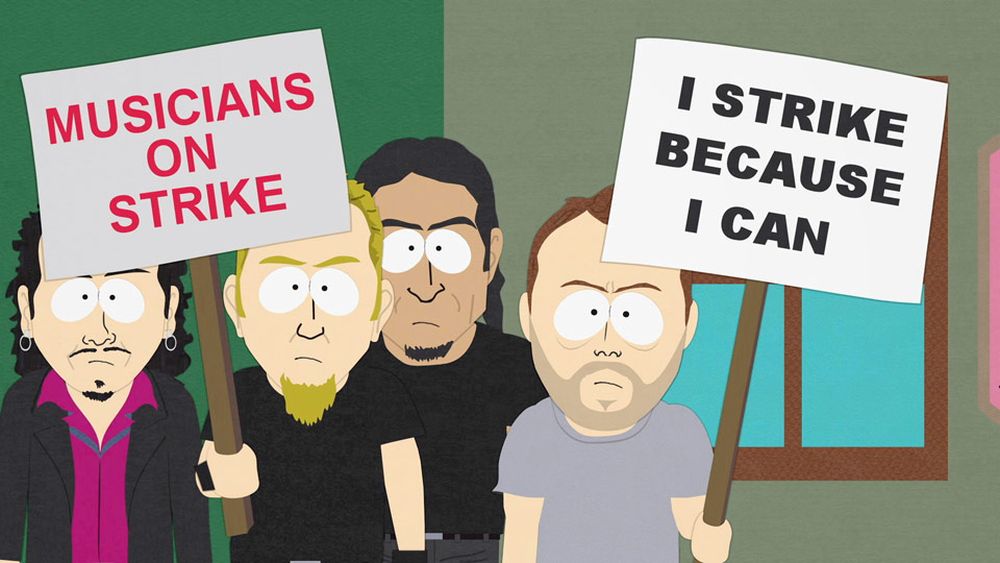 Will they charge for vocal protest?

[Update: I was informed by Sam Singer, representing the video game industry along with Scott J. Witlin, that the reported $100/hour minimum pay is incorrect. Rather, “the maximum voice session is 4 hours at $825, the minimum per hour rate is $208 an hour and, for example, in a two hour session it would be $416 per hour.”

He also mentioned that “Wednesday, the video game companies and SAG-AFTRA brought in a Federal Mediator, where game companies offered an immediate 9% increase on wages and up to $950 of additional compensation depending on the number of sessions. The union leaders declined and left without proposing a counteroffer.”]

Voice actors get paid a minimum of  $208 an hour, with the “maximum voice session [being] 4 hours at $825″ so a two hour session would be $416 per hour, according to Sam Singer who speaks on behalf of the video game industry. However, top voice actors believe they should get paid more, calling for bonuses for every two million copies sold. They also voice concern about having to spend up to four hours doing intense sessions that involve screaming, which can cause permanent damage to their most vital tool for work: their voice. Gabrielle Carteris, president of the union, cites that the industry is highly profitable and its actors are in the most popular games. There is even a report that the industry wants to fine voice actors up to $1,000 for showing up late or not putting forth their best effort.

Scott J. Witlin, representing the gaming industry, counters by pointing out that “Companies have had only one report of workplace injury due to vocal stress.” He also reminded everyone that members of SAG-AFTRA, who get paid $208/hour plus benefits, are in less than a quarter of all video games.

Notable voice actors such as Steve Blum, Roger Craig Smith, David Hayter, and Jennifer Hale have taken to Twitter to voice their opinion with the hashtag #performancematters.

The complaint by voice actors that is easiest to sympathize with is that they are sometimes given no explanation or information on lines or their character, then expected to breathe life in to the role. The reason behind this appears to be game companies being afraid of information leaks, according to an article by Niche Gamer about the terrible voice acting in Fire Emblem: Fates.

Roger Craig Smith, one of the above-mentioned strikers, spoke last year about his experience working on the infamous Castle Shikigami 2, saying that “We had no director from the company, no script supervisor — just me and the engineer. The script had been translated literally from two or three different languages by the time it got to us. The engineer and I would look at each other, shrug our shoulders as to what it could mean, then just ‘roll tape.'”

Jeremy Blaustein, a renowned translator, offers a different perspective on what it’s like in the voice acting booth in an interview. He mentions voice actors come in overconfident in their ability and want to read lines and leave to their next job, so they have to be forced to redo lines. He also mentions the difficulty of getting quality voice acting when often it’s impossible to get more than one person recording together, since they can’t play off each other.

In a 2008 report by the New York Times, the man who provided the voice for Grand Theft Auto IV protagonist Niko Bellic, Michael Hollick, was paid “only about $100,000” for all his work on the game in a 15-month time span. According to Hollick, he received no royalties for voice work and motion capture, including nothing for all the promotional material on the internet. If GTA IV had been a movie or television show instead, he and other voice actors for the game would have made millions given the differences in contracts between that of guilds and the movie/TV industry and guilds and the video game industry.

Hollick did say that “I don’t blame Rockstar. I blame our union for not having the agreements in place to protect the creative people who drive the sales of these games.” Ezra Doner, a former Hollywood executive, added “What drives video games is not Tracy and Hepburn; what drives it is the conception of the creative director…It’s not like the star quality of Tom Cruise that’s getting people to buy that video game.”

It’s true: most games are played for the gameplay, with story secondary, thus an actor’s role is not nearly as important as an actor’s role is in a movie. A movie is purely about a story, the quality of which can be dramatically affected by the performance of its cast. As the NY Times article suggests, a character is more than just the voice, so should the programmers and animators also be entitled to bonuses? Where does that line of thinking end?

How successful a video game comes down to the gameplay in the vast majority of cases. A good story can still be delivered without voice acting (Final Fantasy VI), and even with a cast that is not bad but not superstars (Soma). More narrative-focused games such as Uncharted, Metal Gear Solid, Persona, Mass Effect, Until Dawn, and Kingdom Hearts obviously have higher demand for good voice talent, featuring signature characters like Nathan Drake, Solid Snake, or Rise Kujikawa. Such recurring characters will often result in high demand for a certain voice actor. In that case I can see them asking for more, but how much of that demand is for quality and how much is for mere consistency? Still, the hours and conditions don’t compare to all the grueling nights upon nights of work the game programmers put in it.

If they aren’t willing to provide their voices, there are plenty of people who would line up to take their place. For Japanese-translated games, game companies could even choose to just leave the Japanese dub with English subtitles (there are plenty of people who would prefer this, especially given the nature of Japanese voice actors being everything western voice actors want to be: international superstars with devoted fan bases). Instead of paying out the hoohah for these voice actors that some gamers are getting tired of hearing in game after game, how about giving that $208/hr to one of many aspiring voice actors who would kill to have a stable position like them? Or even lower the amount of money paid to voice actors, so that more money can go towards making the actual game better?

Game developers could ultimately take a note from what the NFL did in 1987 when players demanded more money: kick them out and bring in people who are happy to replace them for that amount of money. Players quickly gave up and went back, unsurprisingly. Last time I checked, you don’t have to keep working a job you don’t like.