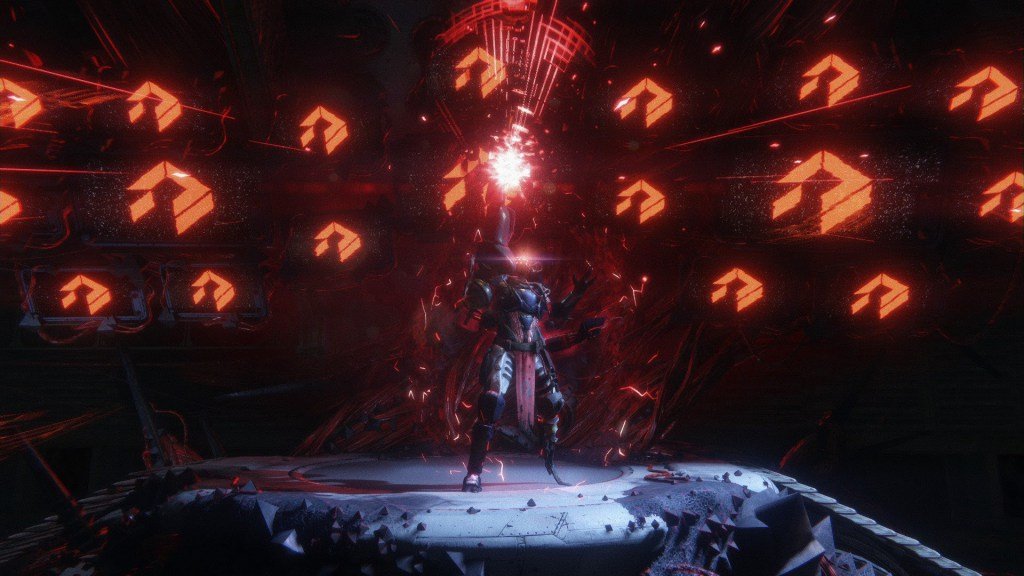 Raiding is my favorite part of Destiny. It’s not even close.

While some folks prefer getting friends together and casually chilling with Strikes or Patrols once a week, I’m firmly in the progression camp. It’s partially due to my MMO upbringing that’s ingrained in my mind since Ultima Online, but I live for finding new gear, and as it turns out, a lot of people feel the same.

I’ve had the same crew in Destiny since Vault of Glass (the first raid), and together, we’ve conquered Crota’s End and King’s Fall many times on Heroic (hard). Although many are down on Crota (and rightfully so with how glitched it was), each raid has offered something different to the point where they all have a special place in my heart. Wrath of the Machine is no different.

After four full clears I feel like I have a grip on Wrath, and where it slots into Destiny‘s raids so far.

Last month, I got pretty worried when Bungie claimed in so many words that Wrath wouldn’t be as technical as King’s Fall, but as it turns out that’s not the case at all. Not only does it have an ARG metagame related to an Exotic questline that’s the most complicated event in the entire game to date, but the raid itself requires a high degree of group synergy, especially with fights like the community dubbed “Zamboni.”

As an outdoor encounter (that doesn’t feel like it’s taking place in a time warp), the Siege Engine encounter plays out like a classic 2D platformer with the “giant wall heading towards you” shtick. After blasting away several pieces to expose its core, your team leaps on top of the monstrosity, then subsequently grab items to repair it to move on to the next part of the raid. The thing is, carrying one of the three giant pieces of the engine gives you an over-encumbered after several seconds, so you’ll have to constantly switch off carrying and defending the onslaught of enemies trying to stop you. In true Bungie fashion there’s also an exploit for it, but our group has opted to not use it because of how fun it is (and we ban cheeses in general).

That simple idea of carrying tank parts kind of sums up Wrath, and how Bungie was able to inject completely new ways to approach boss fights into the mix. And while I won’t spoil the rest, there’s plenty of other tactics to pick up on, including bomb throwing (which solicits shouts of “Kobe!” in our raid group), foot racing, and awareness with a side of communication. Plus, the idea of SIVA Cache Keys, which allow players to open chests after each major encounter for another chance at loot, helps assuage the issue of triple RNG (getting the item, getting the stats you want, and getting the light level you need). SIVA pieces (10 of which can be traded in for a key) which can be used to re-roll gear stats do the same, and are a massive upgrade from the Moldering Shards system from King’s Fall that only worked on the last boss and were automatically consumed.

As someone who has raided in MMOs for over a decade, the brevity of Destiny‘s endgame content is a breath of fresh air. I’m looking forward to tackling it on Heroic, whenever that may arrive.