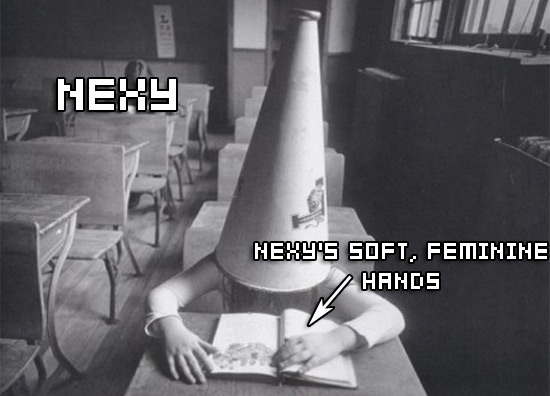 In a game with a population the size of many large cities, it’s inevitable that you’re going to get a healthy portion of the userbase who simply aren’t that smart. Whether they happen to be illiterate, Confederate sympathizers, or a writer for a major gaming site, these people are a constant in any population of a large enough size, and since the beginning of time people have been preying on these lesser members of the human race.

Today I want to tell you the entirely true story of why I can no longer access my World of Warcraft account — or my Gmail account — in the hopes that it will at least educate you enough to avoid the same mistakes that I made.

Oh, and also because according to Zach Braff, women love self-deprecation. Ladies, I’m wealthy (but unfulfilled), own a ranch full of (sick) ponies and am very single (because I haven’t found the right woman), just please don’t tell my wife that.

Hit the jump to find out why you should never trust me to watch your apartment while you’re away.

About a week ago, a friend of mine who happens to write for a different website mentioned to me that she was given a beta invite to the upcoming World of Warcraft expansion, Wrath of the Lich King. Upset that I was neither given one, nor had even heard that it was going into beta, I jumped at the chance to use the invite she had no use for, what with abhorring the MMO genre.

Moments later my friend forwarded the e-mail invite to me, and I set to work clicking through the registration process in an effort to get at that sweet, sweet unreleased goodness.

Blatantly obvious clue that this was a scam #1: Upon clicking the single link in the e-mail, I was redirected to a site that, while official looking, did not have the same URL as the link I had clicked.

Of course, after having been up for almost two days in an effort to reset my sleeping schedule, I wasn’t exactly sharp as a tack, and upon recognizing the string of gibberish at the top of my browser, I assumed Blizzard had cleverly disguised the true beta signup form’s address. “How clever!” I thought as I read over a very official looking EULA — oh wait, did I say read? I meant “glanced at, then scrolled past”.

Don’t look at me like that, none of you read those things either.

After I had bested the formal-enough-to-be-wearing-a-tie EULA, I began filling in the required fields. Name: check. E-mail address: check. WoW login: check. Original WoW CD key and account password: check and check. For those paying attention, that should have been ‘blatantly obvious clue that this was a scam #2‘, but in my sleepless delirium, I just assumed Blizzard needed them to send me boxes of puppies.

Alright, that’s a lie and I have no excuse for why I went in for that account password action. I’m an idiot.

Once I gave them everything but my dress size, I clicked submit, and I could’ve sworn I heard a crow perched outside my window laughing at me. Shrugging it off as just another uppity crow, I read the next page with an upturned eyebrow for the first time in this entire incident. Instead of telling me where to download the beta or where I could score some cheap ‘c1al15’, I was met with a message saying “Thank you for your interest in the Wrath of the Lich King beta. You will be contacted as soon as beta testing opens”, then offering a link back to Blizzard’s official WotLK page.

Now that part I did blink at. I thought “didn’t that e-mail promise me a spot in the now open beta?”, which of course it did, but the act of actually blinking at the results of my twenty minutes of hard work was enough to tire me out and finally put me to sleep. I gave it no more thought, signed off, and went to bed.

Fast forward to Thursday, October 18th. During my daily Destructoid posting, I was uploading some game footage to Google Video and after sending it down the Intertubes via Google’s Desktop Uploader, I walked away to get some coffee. On returning to my laptop and clicking over to Google Video I found that I couldn’t log in. After twenty minutes of unsuccessfully trying my password, I grew worried and attempted to contact Google. Of course, as with many large companies, Google’s customer service efforts consist of a guy with one arm and a monkey trained to hang up the phone for him. Not getting anywhere via that route, I obeyed the directions given to me on Gmail’s customer service page: wait five days, then attempt to answer your Security Question.

Those five days ended earlier today, and upon trying my Security Question, I found that not only had it been changed, but the secondary e-mail address, birthdate and innate aura of goodness had all been changed to something far more sinister. Trying Google’s Tripod N’ Chimp system was once again fruitless, so I began to wonder exactly what could have happened.

It’s strange how random, intensely lucid ideas can come to you when you’re half-dozing, but that’s exactly how I stumbled upon the above plot against me. Checking my World of Warcraft account, I found it to also be compromised, and I cried the tears of a young girl who had skinned her knee.

All of my personal information was in the hands of a nefarious person, and I had no idea what they were doing with it. Were they rubbing my personal e-mails up against their junk and calling my ex-girlfriends? Were they stealing all of my virtual posessions and /dancing nude in Ironforge? Were they actually a beautiful, naive woman who, after reading my most personal e-mails, fell in love with me and decided to pen an independent arthouse epic about the whole experience starring Audrey Tatou?

I’m almost positive a good portion of you are once again wondering why I would post my most embarrassing act of e-idiocy here in such a public forum, and for you I shall reiterate:

Thus we reach the end. You may now commence with the swears and jabs at my virility, but please keep in mind, I’m totally bangin’ your mom.

(Post Script: In case you’re wondering how they were able to get at my Gmail account, well the World of Warcraft account page contains enough information — once you have the password — to do everything short of lifting someone’s credit card. They needed access to my Gmail, I assume, to change my WoW password information, and also all that other stuff I mentioned about that chick from Amelie.)

Filed under... #Animals#World of Warcraft