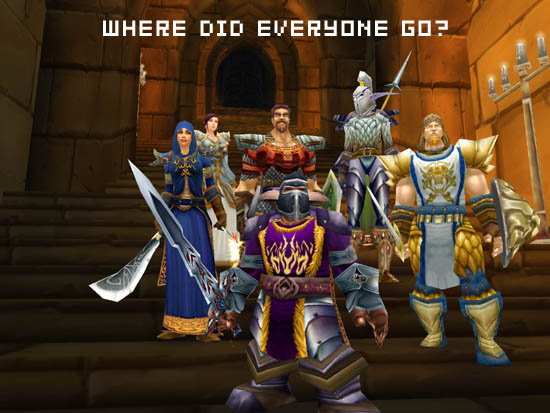 In Xfire’s tracking of the gameplay statistics of over 8 million users, they noticed that World of Warcraft playing users’ average game time for September dropped 18 percent from the August numbers. That doesn’t seem right, does it?

WoW isn’t alone — all of the tracked MMOs’ average gameplay hours have dropped. The second place Guild Wars showed a 13 percent drop, and Silkroad Online fell 27 percent. Shooters are down as well, with top ranked games Call of Duty 2 Multiplayer and Counter-Strike dropping 12 and 18 percent respectively.

It’s probably safe to assume that some gamers had to go back to school, and the end of summer vacation in the US and Europe is a possible reason for the drop in traffic. Who knows, maybe Halo 3 had something to do with it.