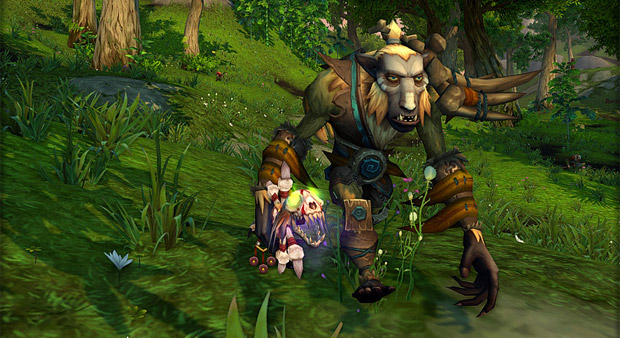 World of Warcraft‘s fourth expansion, Mists of Pandaria, will be arriving on September 25, 2012. Alongside this news, Blizzard has opened up presales for standard digital ($39.99) and digital deluxe ($59.99) versions of the game, which will be available to play the moment Mists of Pandaria is unlocked.

For the extra $20, players are getting the Imperial Quilen flying mount; the Lucky Quilen Cub pet; an exclusive Diablo III banner sigil and accent; and exclusive StarCraft II portraits: the infested orc and the night elf Templar.

If it’s a goodie-filled retail copy you’re after instead, there’s a $79.99 Collector’s Edition with the aforementioned digital items, in addition to a behind-the-scenes DVD and Blu-ray, a 20-orchestral-piece soundtrack, a 208-page The Art of Mists of Pandaria book, and a Chen Stormstout mouse pad.