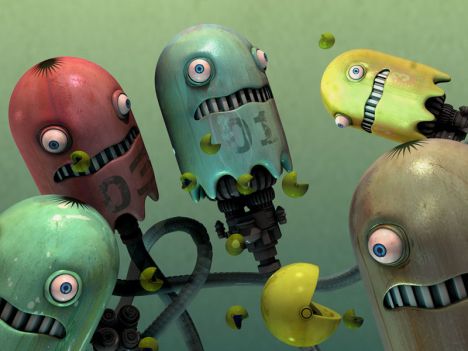 I’m generally testy about the topic of videogames being made into movies, as they are rarely much better than spending the night gazing into the ass of a horse. I have to admit, however, I’m beyond testy over the news that rumors of a Pac-Man movie have been confirmed by a $200 million deal between Crystal Sky Pictures and Grosvenor Park.

It seems the deal covers five films, including the Castlevania film and a few other films that have nothing to do with games (thankfully). There’s no details as to who will direct or produce, but I’m telling you people, this is a bad idea. At best, it might be some weird homage to the original arcade with some sort of story jammed between dot gobbles, and at worst some sort of live adaption nightmare with people dressed in Pac-Man suits. The horror! The horror!

Regardless, it’s coming, and my panic-stricken expression of fear and agony will dissolve under a wave of profit. Comfort me. Please. Also, if someone tries to make Pong into a Hollywood blockbuster, I’m killing myself on the spot.

[Rocking art Via Pokedstudio, story Via Variety — Thanks, Professor Pew]