$35 to have your character exist on Vanilla and BC servers

Blizzard often operates under “Blizzard Time ™” and things will be ready when they’re ready. But that trend has been bucked several times under the Activision banner.

Warcraft III Reforged certainly wasn’t ready, and Burning Crusade Classic is seemingly coming relatively soon to ease the blow of the current very content-light state of Shadowlands. A February announcement and a June 1 release isn’t typical of the company, but here we are.

Yep! As announced in this blog, Blizzard is aiming to release Burning Crusade Classic in less than a month. It’ll hit on June 1 at 3PM PT, 6PM ET: and you can check the timeline in your current country with the graphic below. But you’ll have to make a big decision before that date on May 18. 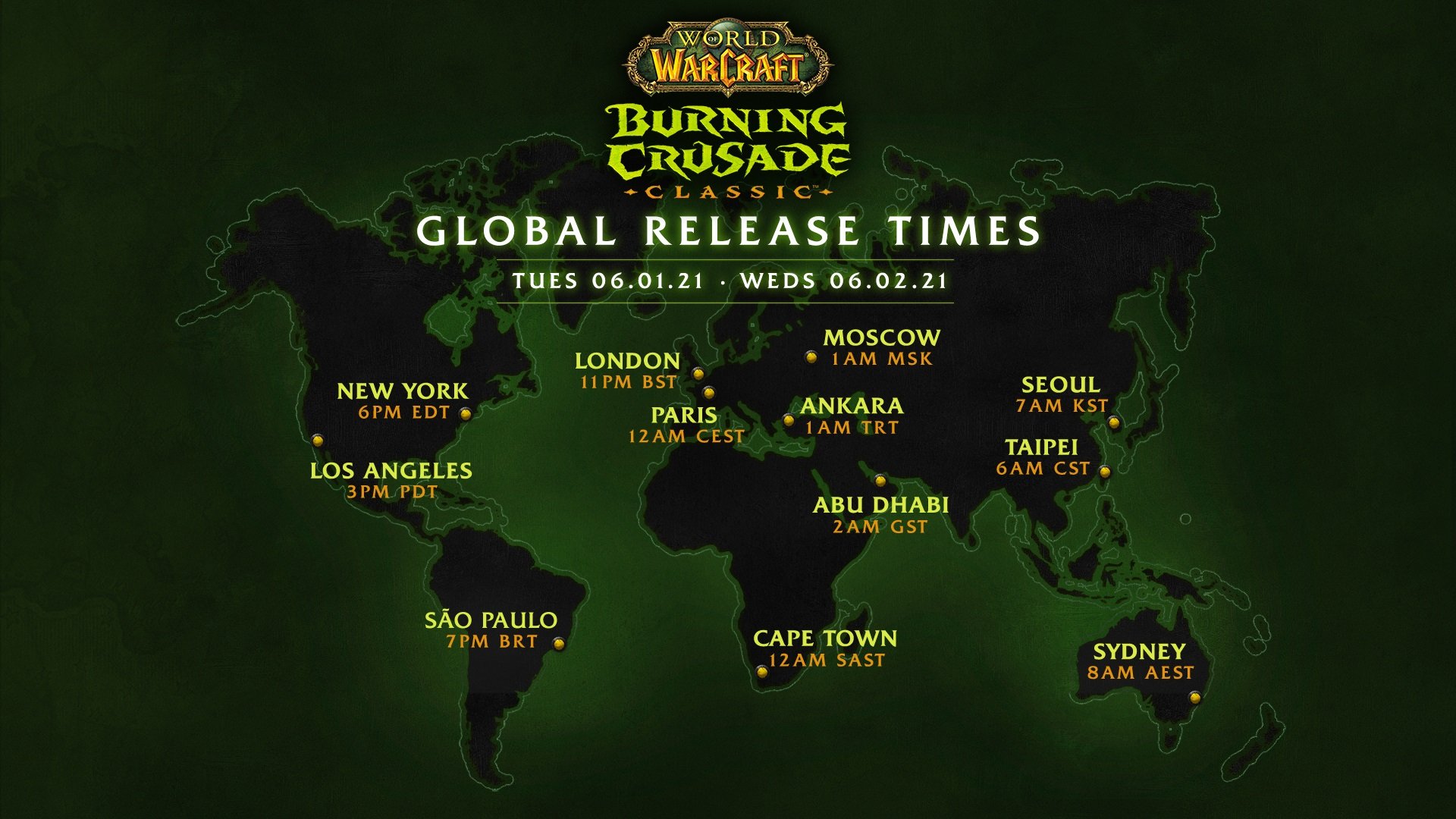 Tucked away in a sneaky separate link, players will need to decide to either clone their character on May 18 and allow them to enter the Burning Crusade realm and exist in the “Vanilla” Classic servers (which are being forked off): or bring a character forward on a one-way trip to Burning Crusade.

If you want to opt for the cloning route (which is smart, in case Blizzard messes up the BC rollout), you need to fork over $35. It’s been a source of controversy for the past 24 hours or so, as this is sort of akin to the exorbitant “character boost” fee, but given that Blizzard is forcing people to choose, it could be seen as extortionate. Some have even accused Blizzard of announcing a soonish date so folks don’t have time to properly prepare: there are only 11 days to go before doomsday, after all.

Given that Burning Crusade is still my favorite WoW expansion, I was hoping the rollout would have been smoother, but Blizzard hasn’t exactly been making smooth moves in the past few years. I doubt this decision will be reversed in under two weeks, but I hope the inevitable Wrath of the Lich King rollout is handled better.