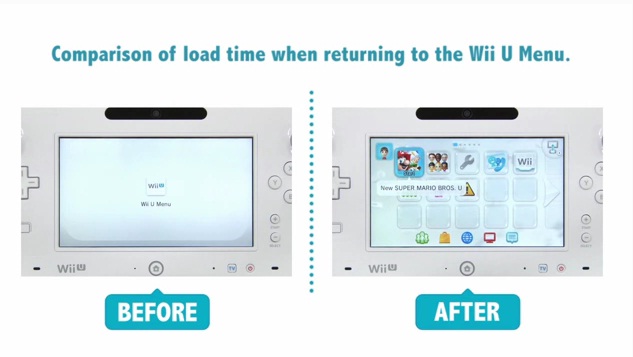 The above video has been making the rounds straight from Nintendo, showing off the new and improved system load times for the Wii U April update. The demonstration shows off the astronomical difference (like 15 seconds per transition) between the old Wii U firmware and the new update.

I have to say, I’m extremely grateful for this update. The load times on my Wii U have been excruciatingly long sometimes, to the point where I don’t even feel like going to different menus sometimes. I can’t wait for this.