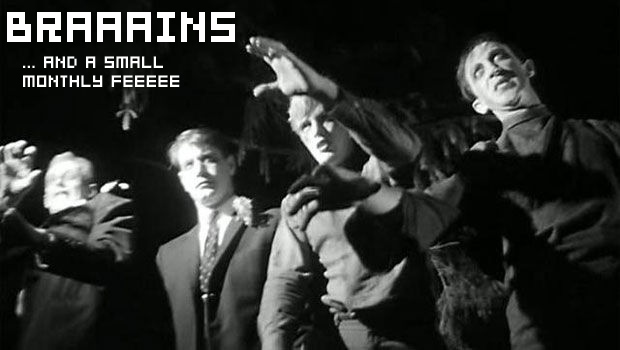 If there is one thing that people can’t seem to agree on in the world of MMOs, it’s how games that are designed to be played forever should fund themselves.

There are plenty of models out there, like subscriptions, micro-transactions, advertisements, but all of them seem to have their different issues. When we spoke to Jeff Strain about his new MMO company, Undead Labs, and his upcoming zombie MMO, we brought this up.

He had some interesting things to say about why paying a monthly or annual subscription fee is the best way to go.

“I’m going to give you my honest opinion about this,” he told us. “I think my game will almost certainly involve a subscription fee and the reason is that there’s a lot of free to play games out here, and more everyday. The trend that I see that is really distressing to me, both as a game designer and a game player, is all of the different things that are coming in to try to squeeze revenue out of players after they’ve made the decision to play the game.”

“That really bothers me,” he continued, “because it’s hardcore nickel-and-diming players. The thing that really bugs me about it as a game designer is that I want to be able to sit down and focus everyday on what is the most fun. I don’t want to make games that are designed to psycologically hook you or designed to drive you into some kind of online store. I think in order to do this is to just say ‘Hey, here’s our game and we’re either earning your respect and your money every month or we’re not. It’s as simple as that. Our job is to make the game worth your while.”

As some of you mentioned in the comments of our interview with Strain, that sounds great on the PC, PlayStation 3, and even the Wii, where we aren’t already paying a fee to get online service. But what about on the Xbox 360?

While Undead Labs hasn’t announced what system its zombie MMO will be landing on, it will be on consoles, and Strain says that they’ll have to jump that hurdle when (and if) they come to it.