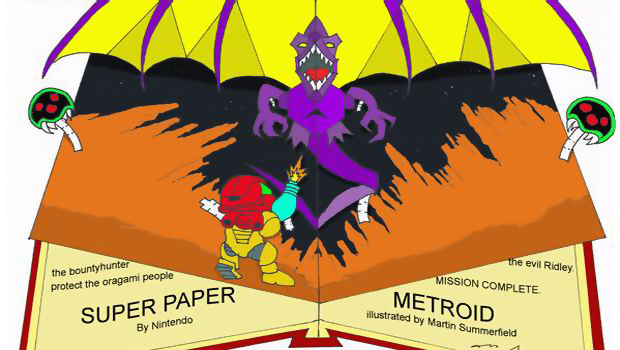 Nintendo recently revealed that Fatal Frame V will feature an alternate costume modeled after Zero Suit Samus. The reveal trailer for the outfit currently has a likes-to-dislikes ratio of about 9-to-1 on YouTube. Compare that to the approximate 1-to-9 likes-to-dislikes ratio of the Metroid Prime: Federation Force reveal trailer and it’s clear to see that fans are far more accepting towards seeing a Samus-like lead in a not-Metroid game than a Metroid-like game about not-Samus characters.

The fact that Nintendo didn’t already know this shows their struggle to understand the appeal of Samus and her series. Is Nintendo less willing to do new things with Metroid‘s setting and art direction because it’s one of their more “realistic” franchises? They’ll redesign Mario and make him a paper doll, or take Kirby and Yoshi and remake them with yarn, but Samus seems relatively stuck in the same general style no matter what game she’s in. Likewise, Link has gotten to the point where he’s allowed to go between realistic, cel shaded, or full-blown toon looks without the audience batting an eye. Why can’t Samus get the same treatment?

The answer lies in where you, the video game enthusiast, would be willing to put your money. Would you be willing to take a chance on The Legend of Metroid: A Samus Between Worlds, Super Miitroid, Metroid’s Macrame World: Other Hem, New Super Metroid U, Toon ‘Troid, Lego Metroid, or Super Paper Metroid? If it works for Mario, Link, Yoshi and Kirby, could it work for Samus?

I still think Minitroid could have been a big hit.