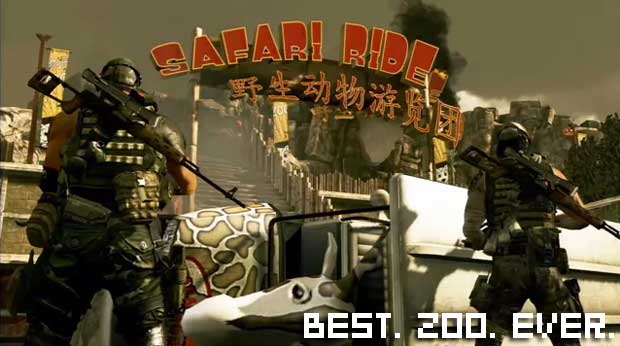 Later this year, Electronic Arts will be releasing Army of Two: The 40th Day, the sequel to its popular third-person buddy shooter. Today, they’ve released a trailer, all of which EA claims is in-game footage.

In it we see a war-torn Shanghai, complete with explosions, gunfire, and bodies. We’re introduced to the 40th Day initiative. It’s all very serious. Until the end, when a one-liner which blows the solemn tone of the trailer. But that’s not to say I didn’t chuckle a bit. Because I did. Hey, I like to laugh at inappropriate times.

Army of Two: The 40th Day is set to his the PlayStation 3, Xbox, and PlayStation Portable this Winter. What you’ll see after the jump is most certainly not in-game footage from the PSP version, unless EA knows something we don’t.