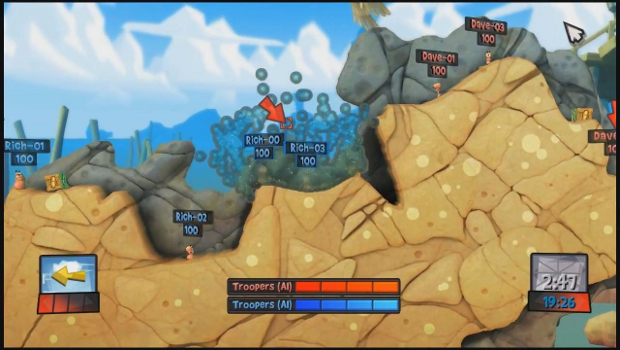 These Worms Revolution videos have been causing quite the chuckle to rise up from my belly, or wherever my chuckles actually come from — I don’t know, I’m no scientist. The latest one is a Public Service Announcement made by the wonderful Matt Berry in his guise as Don Keystone, fighting worm expert, and the game’s narrator.

There’s nothing particularly new to salivate over, though the gameplay footage certainly has me smacking my lips, and it makes me confident that the game will be as funny as a Worms title should be — rather hilarious. Worms Revolution is launching on PC, XBLA, and PSN on October 10, so get your explosive sheep and military-grade weapons at the ready.