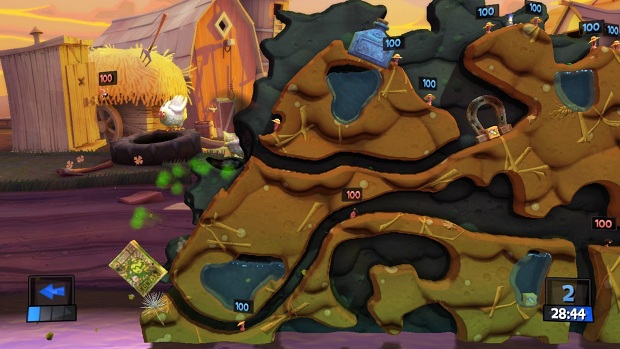 Worms Revolution is some two weeks away from being released, and Don Keystone is attempting to, for the last time, explain Team17’s strategy game to us with his oh-so-seductive voice in a new gameplay video.

The 2D gameplay coupled with 3D graphics, customization options, class selection, level editor, and the behemoth of other features included in Revolution is nice; but none of the aforementioned features come anywhere close to exploding sheep and grannies. What? Don’t give me that look.

Worms Revolution launches on Steam, PlayStation Network, and Xbox Live on October 10. Steam users who pre-order Revolution will be treated to pre-order bonuses.