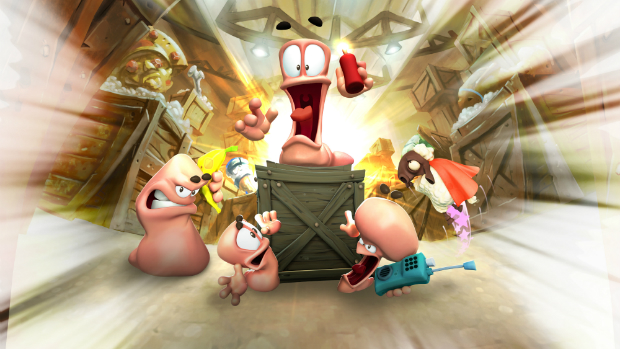 Finally, the new generation can begin

Since what feels like the dawn of time (or at least shortly after Scorched Earth existed), Worms has been a mainstay of videogames in general. With its odd humor and ridiculous arsenal, it has graced over 25 platforms with its artillery/platforming presence. Soon enough, the PlayStation 4 and Xbox One can finally be called real consoles, because Worms Battlegrounds will release for both platforms on May 30 in Europe and June 3 in North America.

The launch trailer above shows us about what we’d expect: little cartoon worms with British accents spectacularly blowing each other up. Series staples like the Concrete Donkey and the Old Woman return, each with a new trick or two. Super Sheep, my old personal favorite, is also shown in the video delivering airborne justice to hapless worms. Nice.