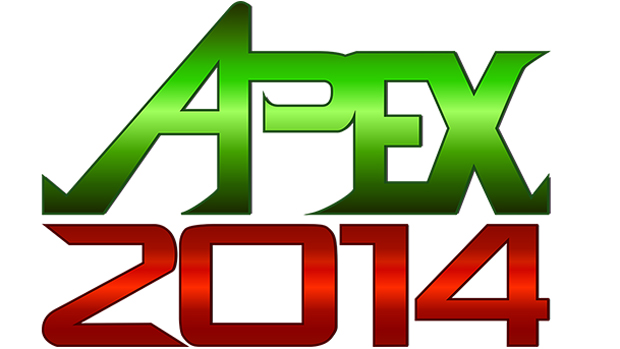 Apex 2014 live on Twitch.TV all weekend

An impressive 630 participants are set to duke it out in the Super Smash Bros. Melee singles tournament at this year’s Apex 2014 fighting game tournament — making it the second largest in the game’s history.

As the world’s premier Super Smash Bros. fighting tournament venue, Apex 2014, will feature all three iterations of Nintendo’s popular fighter, as well as a handful of other competitive titles — including the Smash mod: Project M — during the weekend long tournament.

To catch all the action, make sure to check out the handy Apex 2014 hub page on Twitch.TV where the entirety of the event is being streamed across four separate channels. For a breakdown of content for each channels streams follow the link listed below.