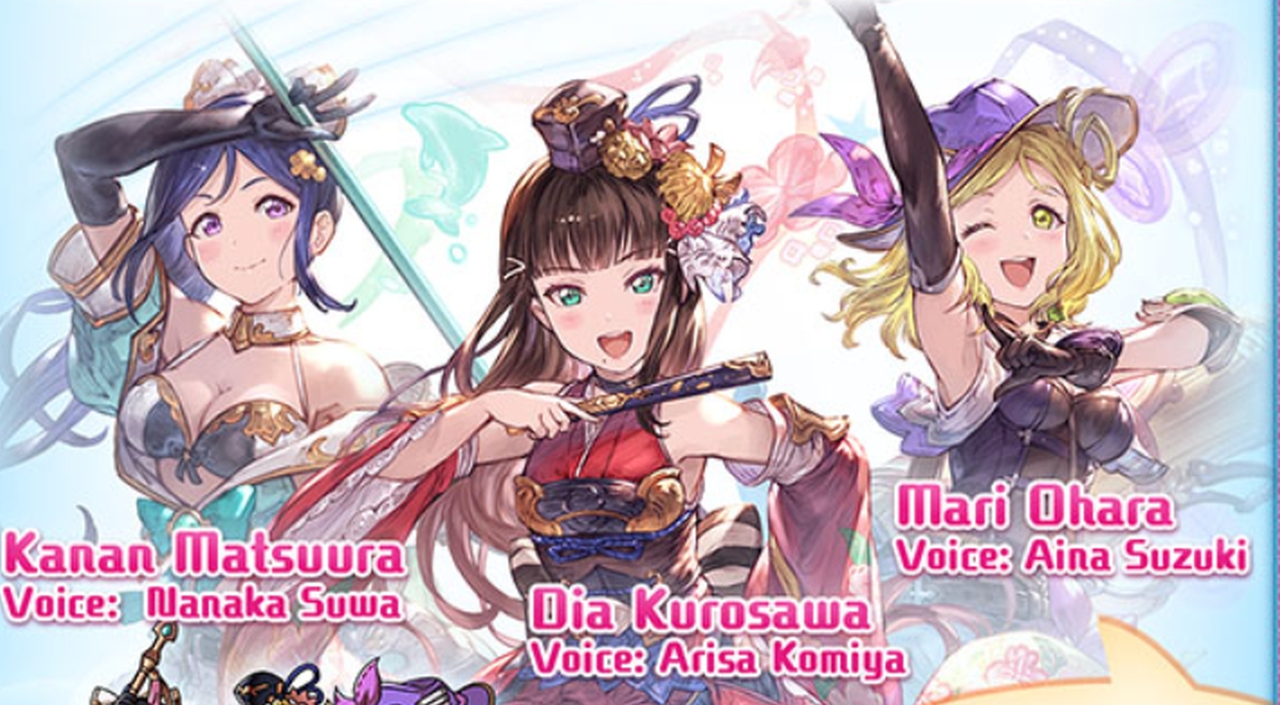 Mr. Cygames, tear down this wall

Characterizing the relationship between the fanbases of the Love Live! and [email protected] tends to veer between “beautiful friendship” and “vicious rivalry”, depending whose social media feeds you follow, but mobile megagame Granblue Fantasy is casting its ballot for unity, thanks to its latest event. Fresh off the back of its summer specials and Persona 5 crossover, Love Love Sunshine!! Aquors Sky-High! kicks off today. It’ll feature a new stoyline that will see the school idols of Aquors (the idol unit featured in Love Live Sunshine) debut in Granblue Fantasy‘s skybound setting. Aquors’ music will feature in the game during the event, as well, and new pieces of gear themed after the Love Live franchise and idol fandom in general will be available.

All nine members of Aquors – Yoshiko Tsushima, Hanamaru Kunikida, Ruby Kurosawa, Chika Takami, Riko Sakurauchi, You Watanabe, Dia Kurosawa, Kanan Matsuura, and Mari Ohara – will be playable in-game, but in a twist, appear on the battlefield in trios based on their “year”, making for three distinct units. A tweet from the official Granblue account previewed the mechanic, which looks like it will make for a crowded front line once you catch ’em all:

As an aside, if you’re thinking about starting with Granblue Fantasy, idol events like this (and their reruns) are a good time to do so, as the various idol characters are all easily obtainable without spending a cent on gacha rolls, and in many cases are good enough to carry an early and mid-game roster. Some are even competitive as the best characters in their rarities and elements.