We’ve all killed a lot of zombies. They’re video game fodder. Entry-level enemies. Shambling corpses with no discernible traits other than an unfortunate pallor and a penchant for human flesh. Zombies suck.

World War Z, then, seems to have the cards stacked against it. It’s a zombie shooter based off of an existing film franchise. Individually, those two elements might be cause for alarm. But after playing through one of World War Z‘s levels at E3, I walked away thinking that maybe — just maybe — we could all stand to shoot a few more zombies.

Although it shares the same name as the 2013 movie, World War Z doesn’t rely on players having a familiarity with the brand. Its three campaign scenarios (New York, Israel, and Moscow) are taken from the film, but rather than directly adopting beats, developer Saber Interactive leans on the instantly-accessible language of shooting the undead in the head. I played through a New York stage that showcased the game’s multiple objectives, defensive elements, and 500-zombie swarms. 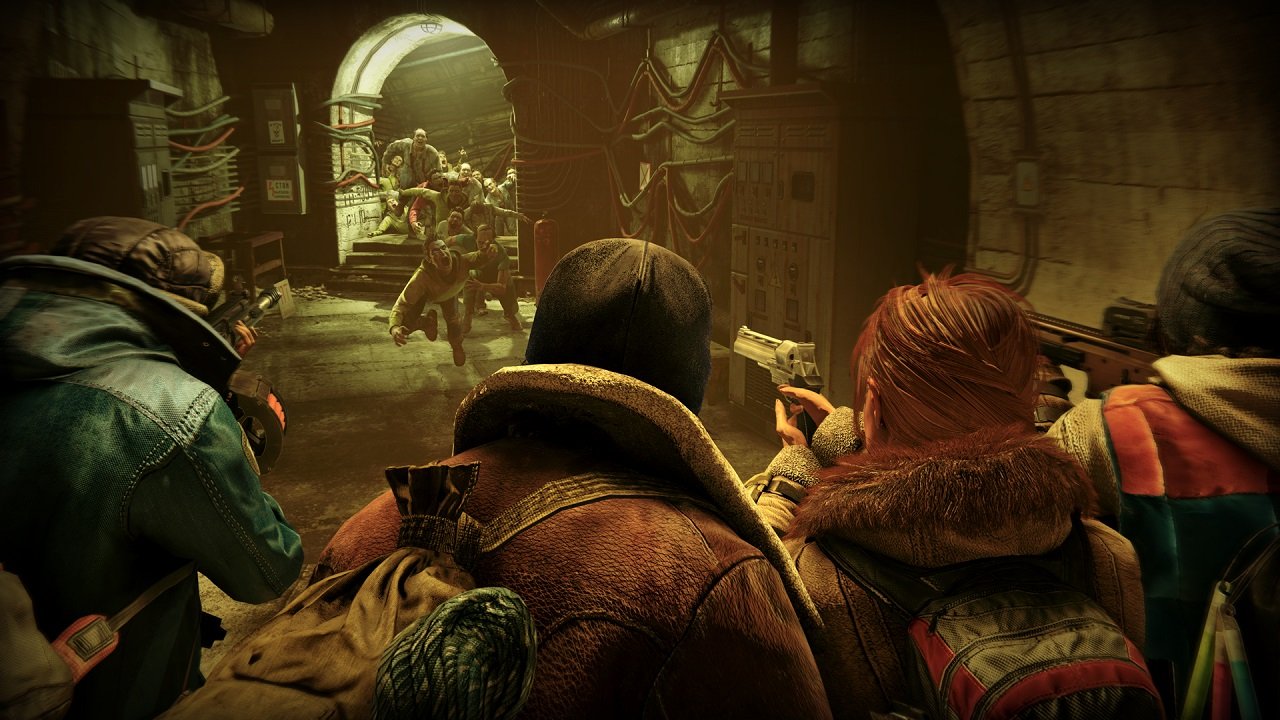 World War Z is first and foremost a cooperative shooter. The four-player structure lends a passing resemblance to Left 4 Dead, but instead of a first-person perspective, Saber Interactive opted to pull the action back with an over-the-shoulder, third-person view. The camera angle works to create a better sense of space. World War Z isn’t afraid of overwhelming players with waves of zombies, and knowing where your assailants are coming from as well as how to effectively communicate with your teammates is the key to staying alive.

During my hands-on demo, we moved from a skyscraper to a subway line. The sense of movement and verticality adds an element of suspense to the game, as claustrophobic hallways can quickly give way to open expanses filled with zombies. It plays as one might expect a third-person shooter to, with progression defined by scouring the level to find different objective triggers like buttons and keypads that open up different locations. Combat comes often, and the zombies — though brainless — are quick to overwhelm players that break formation.

Zombie swarms are where World War Z shines. They’re dynamic, pulsing mobs of the living dead. During one point in the demo, our team had to eliminate a tower-like swarm. Hundreds of zombies clambered atop one another, doing everything in their power to claw and climb their way up from the ground-level of a building to our second-floor vantage point. It was a thing of grotesque beauty, all decaying flesh, and hive-minded AI. Shooting individual zombies hardly makes a dent in the swarm. For every one that fell off, three more were there to take its place. To overcome the assault, we had to rely on coordinated attacks, grenades, and heavy-duty special weapons like a sniper rifle loaded with explosive rounds.

Watching grenades rip holes in the swarm is enough to appease even the biggest zombie hater out there. The enemies tumble and fall convincingly. Their undead limbs desperately grasping for something to hold on to before falling. Cutting through their ranks during swarm segments feels powerful, as though with enough communication and firepower, players can overcome even the most staggering odds. 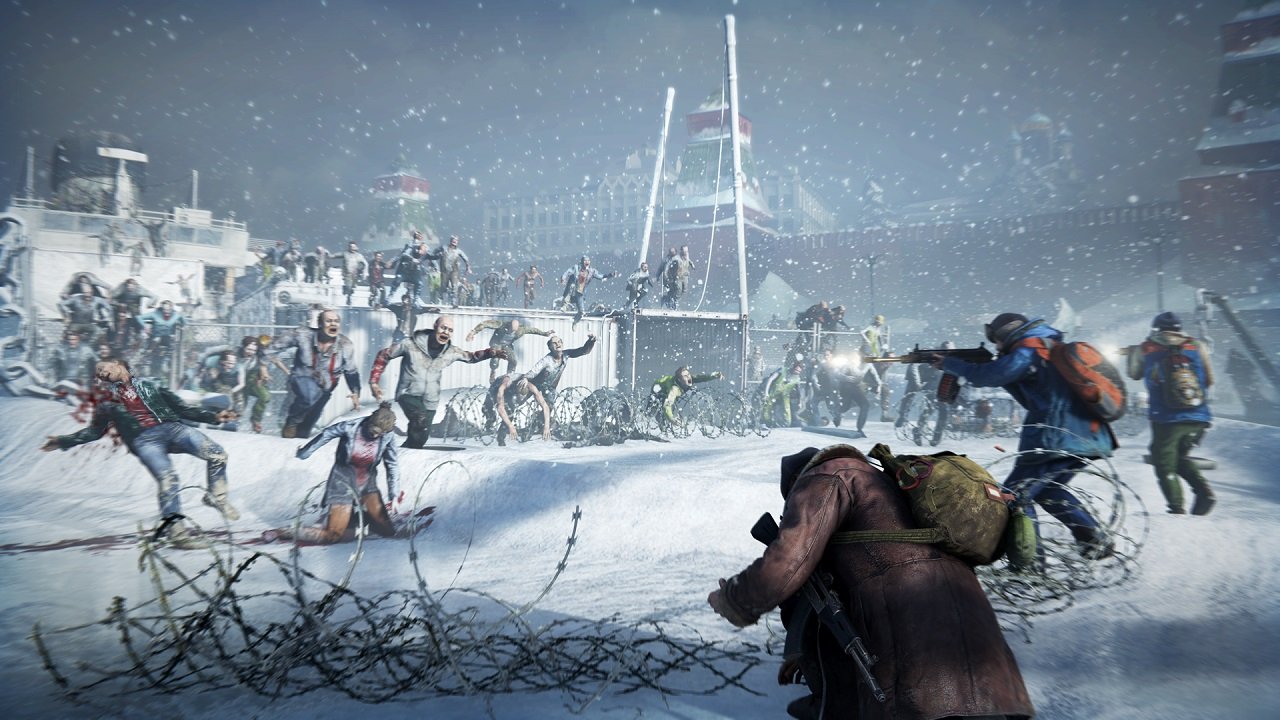 In addition to the offensive-minded progression through levels, World War Z also includes defensive segments. Shortly after our first swarm encounter, my team and I had to bunker down as hundreds of zombies attempted to break through the street-level entrance to the skyscraper. Though functionally similar to the swarm scenario, it was clear we’d need some additional help to survive this fight. Fortunately, World War Z allows players to place defensive traps — like stationary turrets and electrically-charged wires — to help cull the herd. Though the zombies can (and more than likely will) prove to be more than your hastily placed support devices can handle, the added firepower creates a new level of defensive play. We had to survive to make progress, and the only way to do that was to hold our ground and take the zombies out.

According to Saber Interactive, the level’s 25-minute runtime is similar to what the rest of the game has to offer. It was just enough time to blend regular gunfights, some light exploration, and the larger setpiece battles against hordes. When it releases, World War Z‘s campaigns will have varied objectives and an ever-adapting zombie presence. They might be undead husks, but the AI that drives them is dedicated to providing a consistent challenge.

I went into my World War Z demo without much by way of expectations. I finished riding high, feeling as though I was the best damn zombie killer in the world. If all of its levels manage to make players feel like that, then I suspect World War Z might be one of 2019’s most entertaining shooters.