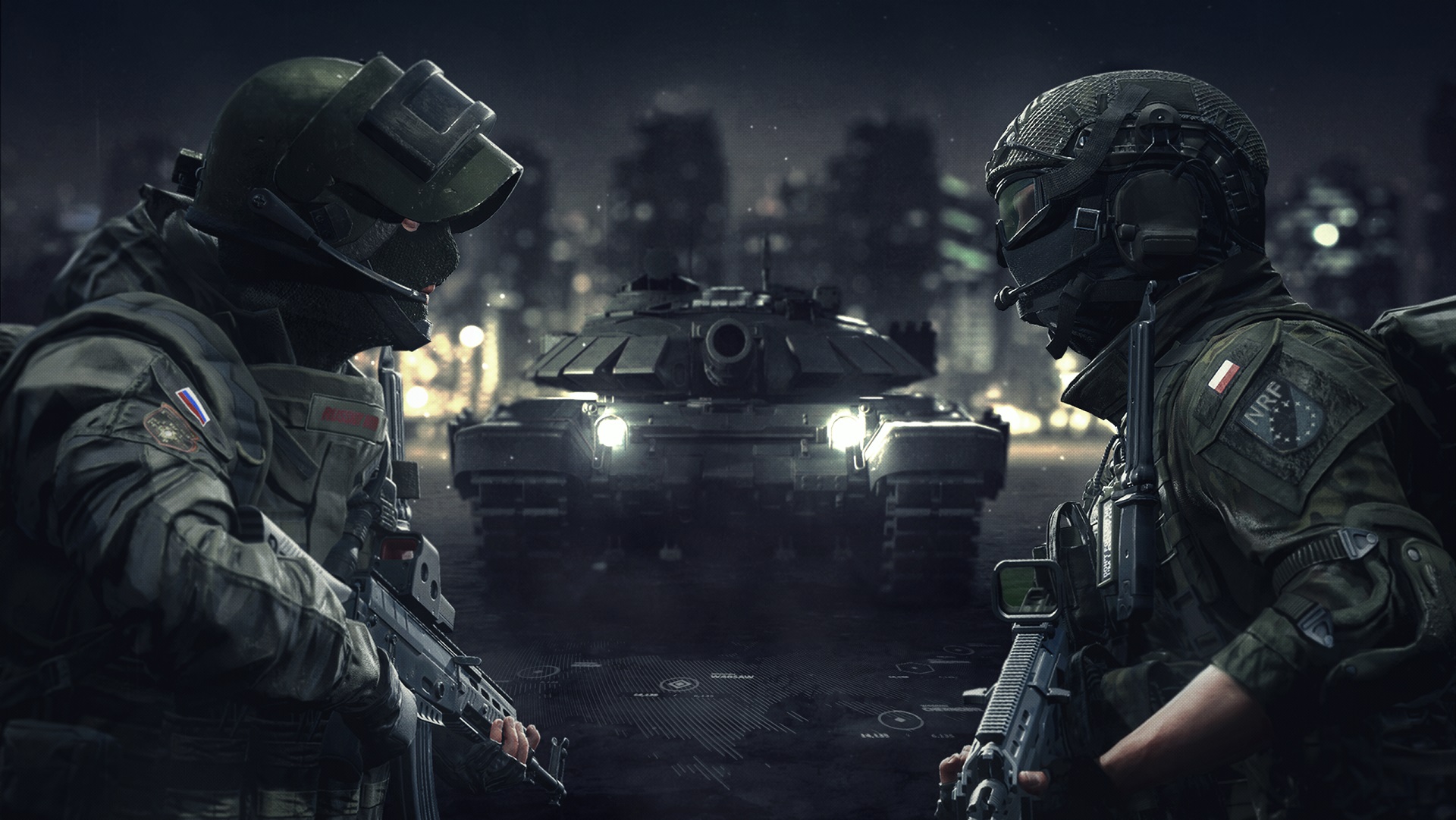 One look at World War 3 and you can tell it’s an ambitious project. It’s rife with the kind of explosion-heavy action we expect from the best-selling shooters. But World War 3 is coming from a relatively unknown studio out of Poland. The Farm 51, who is most recognizable for 2012’s Painkiller: Hell & Damnation and last year’s Get Even, just might be on the verge of launching its biggest mainstream success yet.

World War 3 is built on a frighteningly simple and realistic premise: The world’s strongest countries have engaged in global conflict. That’s all the plot that’s really necessary. Players side with nationalities of their choice. Cumulative successes edge their country closer to winning the war. Every match plays into the larger story of which side eventually emerges victorious. (It’s currently unclear how long this will last, and if it’ll be broken up into “seasons” which are reset so that everyone starts again with a clean slate.) Representatives of Farm 51 tell me that the game will launch with a certain set of nations, but more will be added over time through player-selected popular vote.

World War 3 is a multiplayer-only game that leans into two of the shooter genre’s most emergent trends. The Warzone mode is constructed similarly to a Battlefield match — 32 players (although it’ll possibly get up to 64) competing in a large-scale and lengthy fight that employs vehicles, explosives, and firearms. It’s a tried and true format, and feels like a staple of any big shooter. 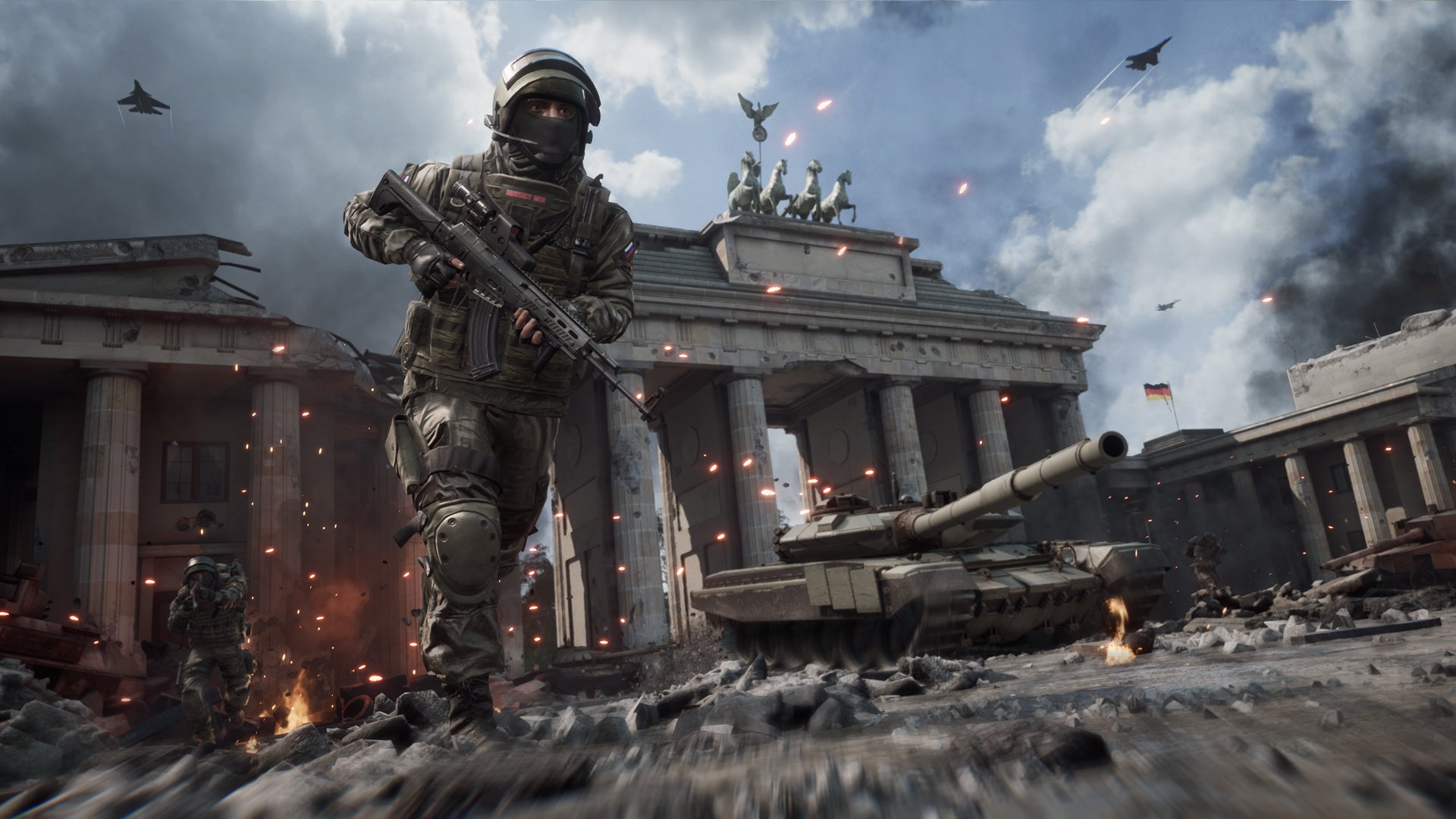 However, it’s the Recon mode that’s sure to raise some eyebrows (either in piqued interest or genre fatigue). Recon’s closest analog is to a battle royale game. However, Farm 51 promises a “fresh approach.” This means that World War 3‘s take on battle royale is more objective-based, such as capturing or defending targets. We’ll have to wait to see whether this distinction helps it retain the battle royale feel, or if it’s simply akin to a more generic elimination mode.

What’s interesting is that Get Even was one of 2017’s sleeper successes, and World War 3 couldn’t be any different. Actually, the shooting in Get Even was one of the game’s weakest aspects. So, why doesn’t Farm 51 build on that momentum? The developer explained that there are two active teams at the studio who are dedicated to entirely separate projects. The folks working on World War 3 more or less had nothing to do with Get Even. (Without this revelation, I would have been worried about the shooting in World War 3.)

If there’s one place World War 3 really plants its flag, it has to be in player choice. There are different pre-defined roles for tactical play, seemingly similar to Rainbow Six Siege‘s operators. There’s also the decision of which side to back in this worldwide fight. And every part of the equipment can be customized — from parts and attachments to skins and camouflage. Although, the developer is quick to jump out and emphatically state that the game won’t feature any loot boxes or pay-to-win mechanics.

Going hand-in-hand with customization is Farm 51’s attention to detail. The developer is aiming for as much realism as possible with World War 3. It has spent years working with military professionals to research ballistics, armor, and weight systems. Also, actual cities are the locations of each battle site; Warsaw, Berlin, and Moscow are the three that have been announced so far. Farm 51 gives us a phrase that seems to be the mantra that sums up its aim for this game: “If it’s possible in real life, it’s possible in World War 3.”

We haven’t yet had a chance to get our hands on World War 3, so it’s impossible to say if any of this premise makes good on its promise. But Farm 51 is going for it. And regardless of whether this eventually succeeds or fails, no one’s going to be able to say Farm 51 didn’t aim high.

World War 3 will release on Steam Early Access later this year, quite possibly by the end of summer.