In-depth look at the GDC demo

Rain Games gave us an exclusive demo for its upcoming action-adventure title World to the West. Set within the same world as its previous game, Teslagrad, it looks to tackle a different classic style of gameplay similar to how its predecessor worked within the confines of a metroidvania.

We may all be going crazy with Zelda fever since Breath of the Wild is releasing at the end of the week, but any fans of Nintendo’s legendary series would be crazy to ignore World to the West. Not only does it emanate charm with its beautiful visuals and quirky characters, but it is clear that the inspiration behind this title is the highly revered Link to the Past.

Fans of the more “traditional” style of Zelda titles are pretty rightfully scared that the future of the series may forego 2D gameplay and focus solely on the 3D formula. Not only has there not been a console-based 2D Zelda game since Four Swords Adventures, but with the Switch being a portable console, we may never receive another 2D Zelda from Nintendo in the future. While World to the West doesn’t strictly follow the Zelda formula, it has enough of the puzzles and exploration that fans have come to expect while also tackling some different ideas (like multiple characters). 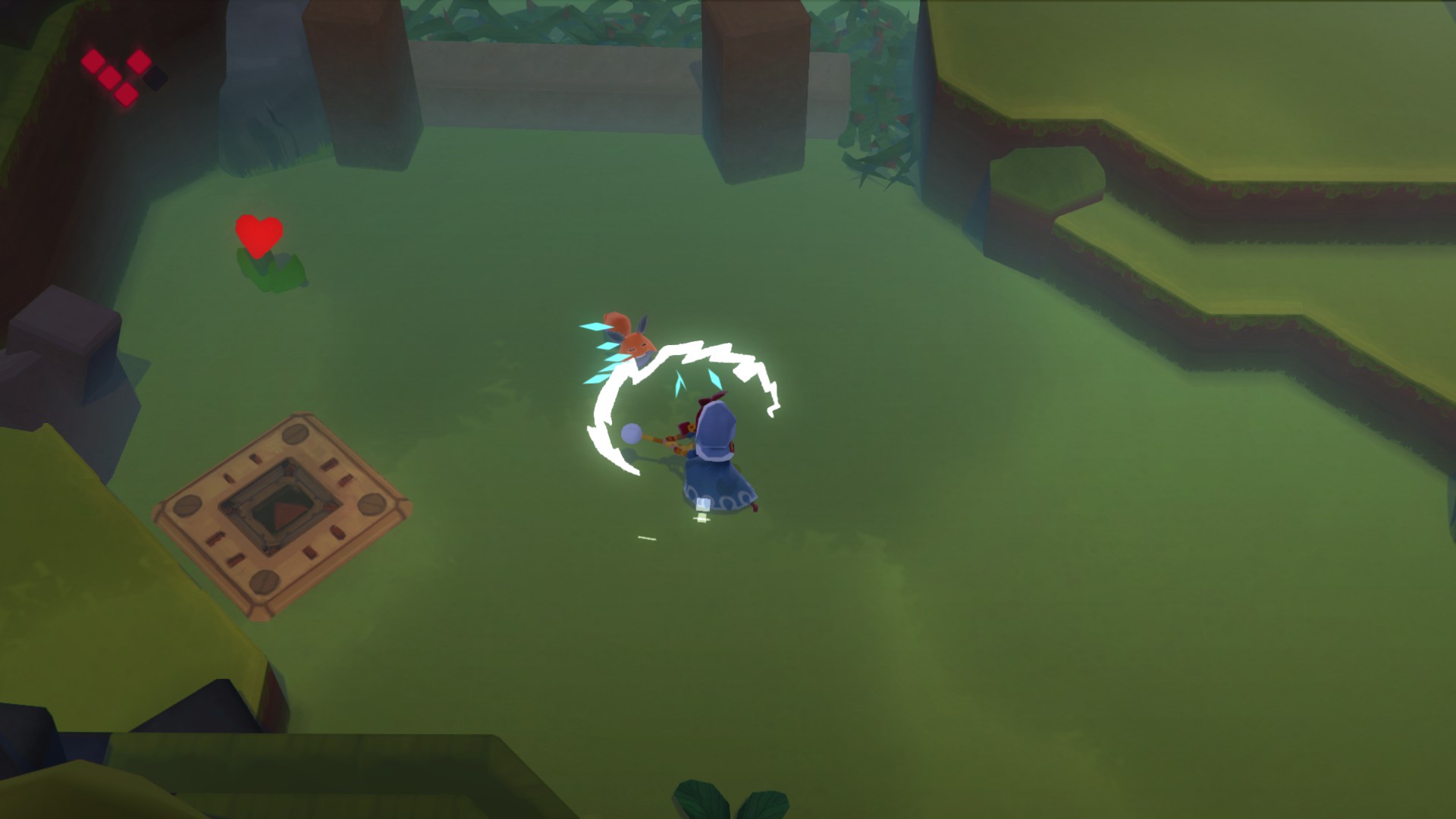 The game begins with a quick cutscene that doesn’t explain a whole lot. Your main character, Lumina, is trailing behind her father and looking for something. She then stumbles into a field that has some gaps she needs to cross with her blink ability. The blink should be familiar to anyone who played Teslagrad, but it basically allows you to teleport over short distances and through certain types of gates.

Immediately you’re greeted by a character that is fairly easy to ignore. One of the best things in World to the West is that most character interactions are optional. You can begin talking to people and then just walk away if you end up bored or have already figured out what you need to do. Sure, a few are cutscene related, but even those are brief and the focus quickly shifts back to the gameplay at hand.

After being informed of your blink and crossing over the small gaps, you enter a chamber that has those always classic Zelda block puzzles. It is ridiculously simple, but it sets up how pushing blocks works within this game. It can be confusing if you compare it directly with World to the West’s inspiration, but basically walking up and pressing the action button moves the block forward by one tile. Once you deal with this small roadblock, Lumina walks onto a pedestal that then teleports her to some unnamed location.

This is where the game opens up. While you won’t be able to progress non-linearly like what was possible with Link to the Past, you can explore every nook and cranny in the world to find some unexplained coins and health upgrades. This works in the standard Zelda style of some areas requiring different abilities that you’ll need to return to later. The other gimmick is something that soon reveals itself.

Lumina will progress a bit through the forest before stumbling upon an ancient statue left by her grandfather (which I believe is the main character from Teslagrad). This then opens a hole below her and drops her into some pit. Then, the game switches gears and drops you into the shoes of a new character, Knaus.

World to the West features a playable cast of four characters, the other two of which are encountered within the first hour of gameplay. They all have some kind of different ability that makes them unique. I’ve already described how Lumina can blink across gaps, but Knaus doesn’t have such luck. He is from a race of tiny people who look like gnomes, so his special trait is to dig underground. 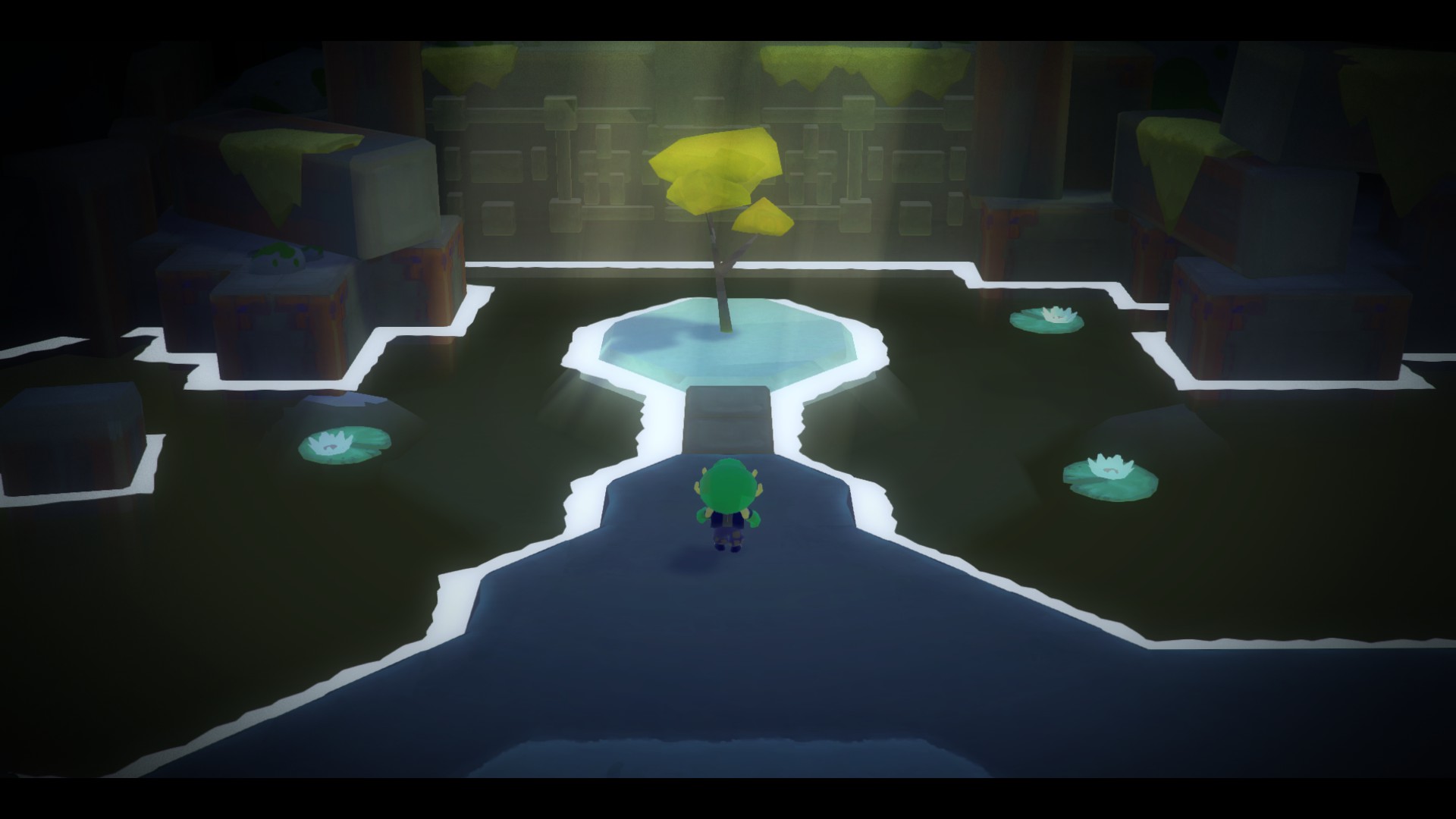 Being very tiny, he can also fit into small holes you’ll find located in some walls. This lets Knaus access different areas in the main world that someone like Lumina wouldn’t be able to. It also plays on Knaus’ lack of fortitude when it comes to fighting. World to the West does feature combat, but not every character directly damages opponents.

For poor Knaus, he constantly has to run away from his pursuers. With his dig ability, he can often stealth around them and completely avoid detection, but that isn’t always an option. Sometimes you’ll need to lure enemies away from your path and then duck into one of those holes I mentioned above. It is neat, if a little predictable.

Knaus’ story focuses on his mining group being deceived by their leader into believing they are on the moon. Knaus stumbles upon a tree in his introduction that obviously shouldn’t be growing, so he is at a loss for words when it comes to an explanation. When he confronts the leader about this, he is ejected from the group and thrown into the vast world. He soon comes across a totem pole being watched over by some old witch and is shocked to see his face on the pole. 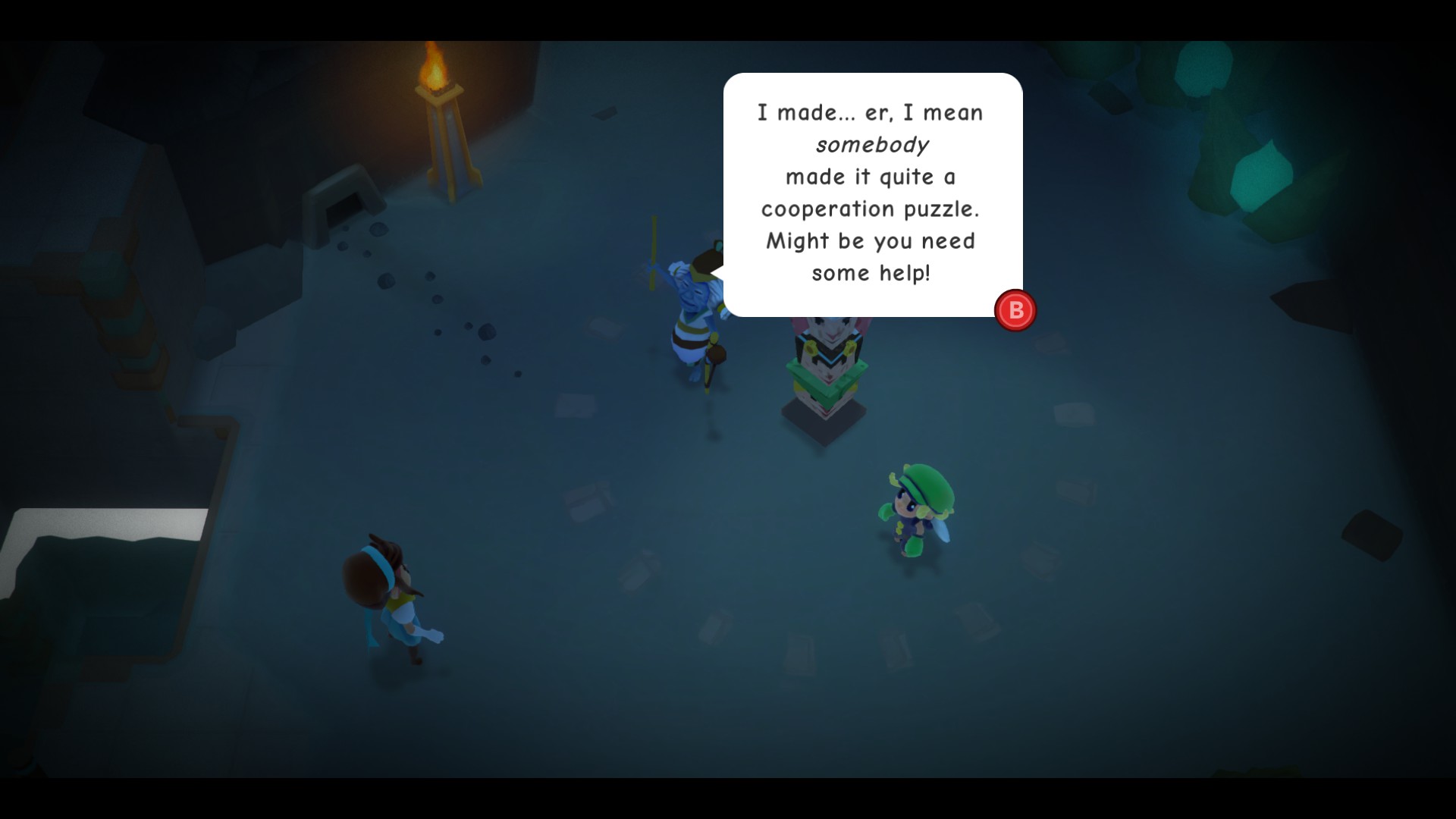 The game then shifts gears to the third main character, Teri. She is a mindbender, as the game describes it, and is working as a mercenary for hire. Her current job has her looking for some ancient artifact that she cares little about; she mostly just wants money. While she starts with just a scarf, she later learns the ability to control enemies, which opens up opportunities for puzzles.

Since Teri isn’t small like Knaus, she’ll have to control random squirrels to crawl through those little holes in walls. She can also control bigger enemies and have them attack other foes or suicide to get out of her way. It may not be the most interesting use of her ability, but the puzzles on offer aren’t a slog to get through. Teri does eventually bump into Knaus, though, and this brings us to the character swapping mechanic.

That totem pole Knaus was shocked about grants our heroes a sort of teleport between different areas of the map. While that is nice for fast travel, it also acts as the sole way for players to switch between the different characters. I don’t understand why you can’t have the other characters follow you or why previously autonomous individuals lose their individually if you walk away, but that is how the game limits you. 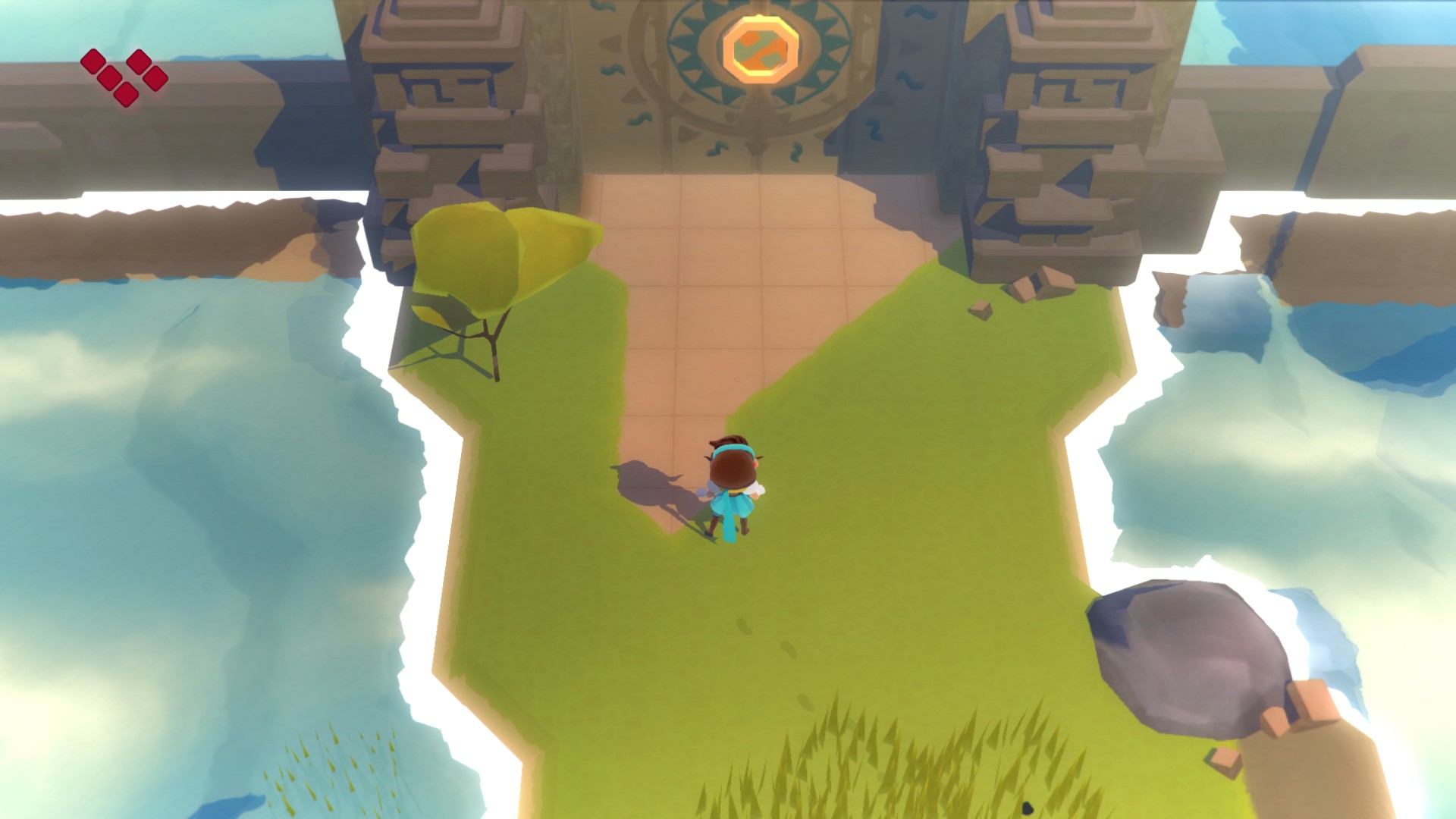 Some puzzles with Teri require Knaus for sections, but since you can’t simply change to him, you’ll have to backtrack to one of the totem poles, switch over to Knaus and then walk him to Teri’s current location. I understand that, in a realistic setting, characters would have to travel the same distance multiple times, but when you’ve introduced elements of magic to a game, why am I forced to walk through the same pathways multiple times?

It also brings about some unneeded frustration when you forget exactly what you were looking at with one character, begin to walk over to the totem pole to switch, and then get attacked by an enemy. Dying in World to the West won’t lose you much progress, but it does reset you to the last totem pole you were at. If you happen to die before uniting with your other character, then you’re going to be walking that distance again.

As for the final main character, he is a strongman named Lord Clonington. His journey is mostly straightforward; he is looking for glory in this new land. He is a buff, simple-minded guy who just wants to be respected for his strength. He has the most robust arsenal of fighting moves, though he doesn’t possess any kind of magical abilities. He can climb up small ledges and smash certain rocks, which is neat. 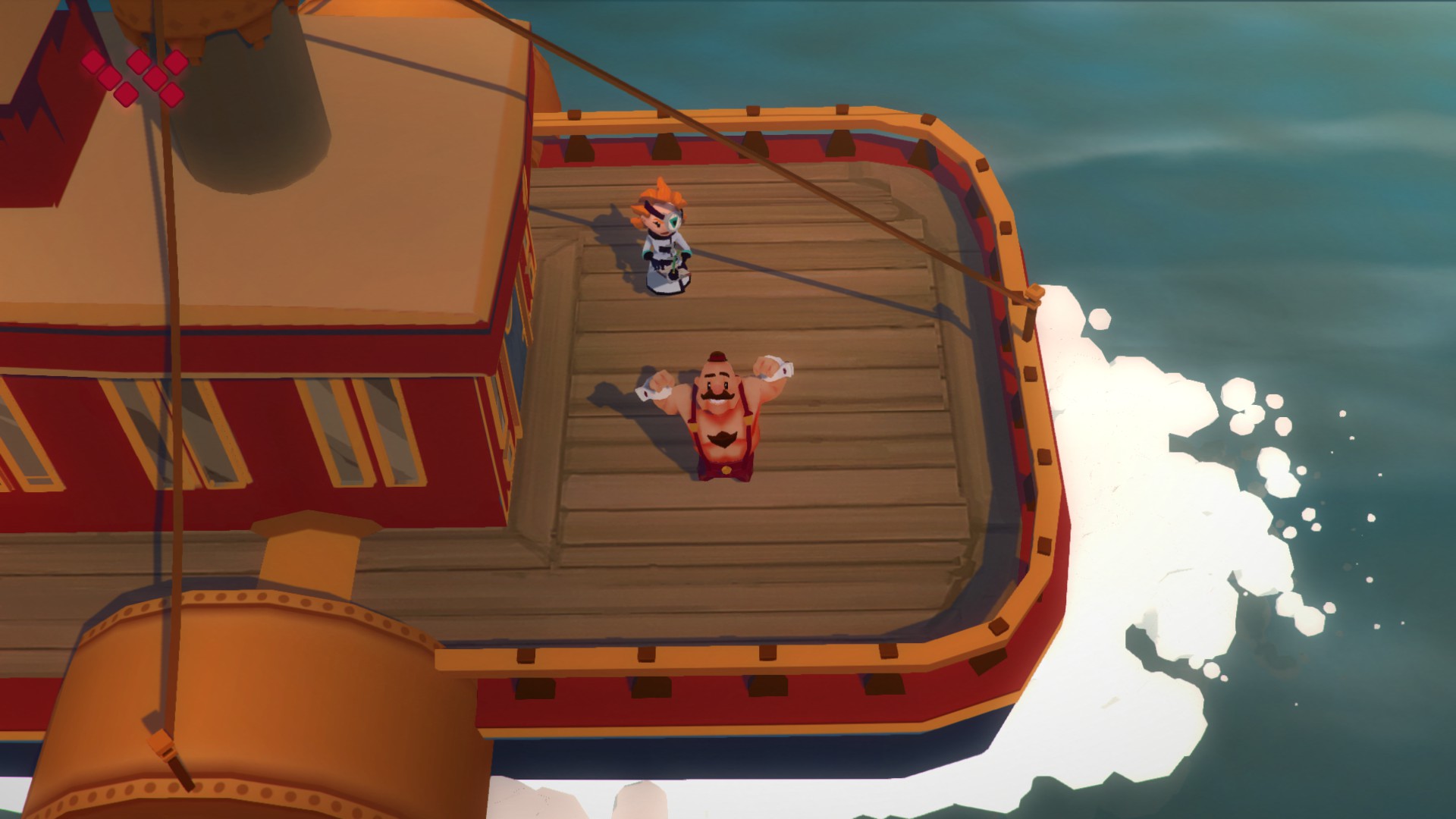 But I can’t get around the character swapping mechanic. Clonington doesn’t deal with the other characters nearly as much, but your foray into his shoes sees you walking quite a bit of distance to a town in the East and then having to repeat it with Lumina. No amount of unlockable shortcuts in the game world eliminates the fact that backtracking through a recently traveled area is tedious.

I’m also a little torn on the combat, since it is pretty mindless. 2D Zelda games were always a bit mindless in that same regard, but they didn’t have huge delays in attack speed. You could slash to your heart’s content and some enemies even countered your sword swipes with their shields. In World to the West, you just wait out their insanely telegraphed attacks and retaliate until they die.

I did die a few times (mostly due to my own errors or impatience), but the combat sorely lacks challenge. Even the couple of boss fights I dealt with were devoid of tension, making me run in circles while I waited for them to assault me. I had to kill the tedium somehow. 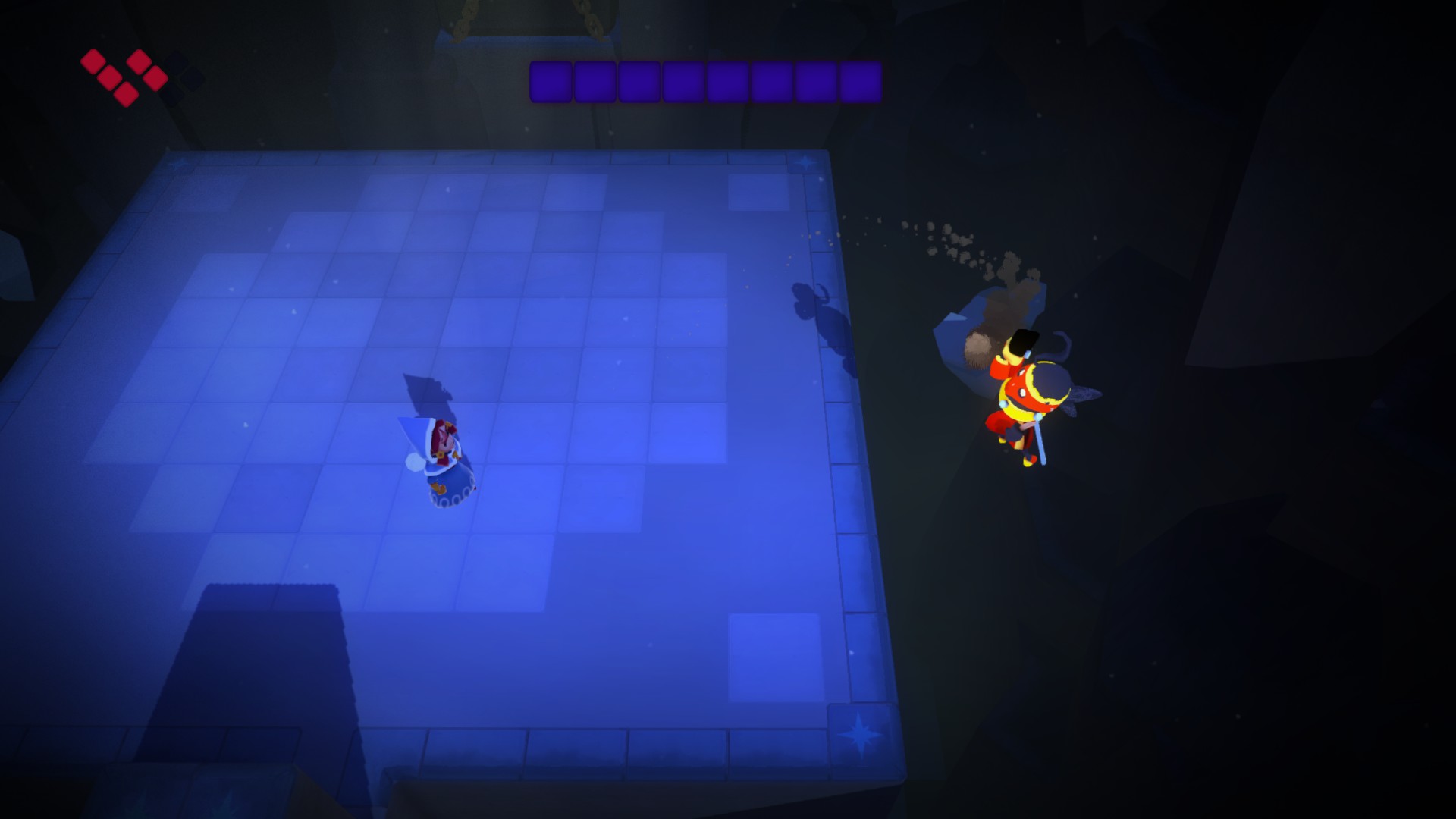 Even with those few complaints, I enjoyed my short time with World to the West. I probably played way more than I should have (reaching chapter eight in the build), but I’m intrigued enough to stick around until the end. I really love the visual design (looking similar to Wind Waker) and the music is outstanding, there are just some nagging issues that may be more personal preference.

While there isn’t a release date for the game just yet, it will be headed to PC, PS4, Xbox One and Wii U this Spring. A Switch version may be in the works, but there isn’t any confirmation of that nor any price. I wouldn’t be surprised if it ends up being $20, which seems just about right for this type of game.