Let’s see how it holds up long term

World of Warcraft‘s Burning Crusade expansion came at the perfect time in my life. Throughout the years I’ve been dabbling in the other expansions, leveling up my characters and only stopping to raid mostly in Lich King before taking it casual.

If my first 20 hours or so with Warlords of Draenor are any indication, I might get back into it. 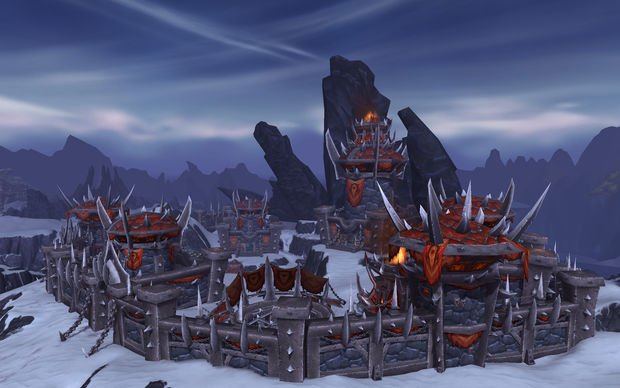 It’s fitting that I decided to take my level 90 Enhancement Shaman on the journey to level 100 (the new cap), as he was the first character I ever created in World of Warcraft. The action all starts at the Dark Portal, where the evil Garrosh Hellscream has escaped into an alternate timeline allowing him to return to old orcish clans and unite them before all hell breaks loose on the orc race. His new army is called the “Iron Horde,” and the entire expansion is orc-themed. Also, yes, my aforementioned Shaman happens to be an orc.

What I love about the expansion right from the get-go is that it’s old-school Warcraft at its heart. Players who are aware of the storyline involving the Burning Legion, the Dark Portal, and everything in-between from both the RTS games and the MMO will be picking things up constantly, and characters like Ner’zhul, Khadgar, and Gul’dan are peppered throughout. You know what else is peppered about? One of the best soundtracks in the franchise’s history.

At this point most of the quests are delightfully streamlined. It was great to log in for the first time after loading up the expansion (which pre-loaded wonderfully) and automatically obtain the quest to reach the Blasted Lands and kick off the new storyline. Automatic turn-ins and more convenient quest hubs are also a thing, so there’s no running around for half an hour just to get some well-earned experience points.

Quests so far haven’t been a collective of “kill this” boredom, as the storming of the portal was interspersed with cutscenes and important story bits. Once you’re off into the new and mysterious lands the story continues, as your faction (in my case, Horde, at Frostfire Ridge) is now set on creating an army of its own and setting up camp, which is where the new Garrison system comes into play.

Now you can do optional missions to gain more followers, as well as build your Garrison (essentially a Warcraft RTS base) and upgrade it, with its own level system. Some characters must be found, some are rescued, and some are bribed. It’s a cool system that makes questing more interactive, as the rewards (profession upgrades and stat bonuses) are worth the squeeze.

It’s also a neat way to reward explorers that like aimlessly roaming about. The entire expansion map is a treat for Burning Crusade fans, as it takes place in an alternate timeline within Outland. So instead of Zangarmarsh it’s the Zangar Sea, Terrokar is split into two regions, and so on. 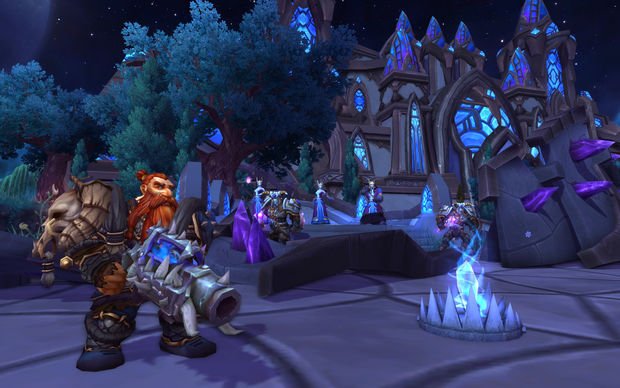 You can also solo queue for Mists content at level 91, which is a nice way to get people to do old stuff. I’ll be testing out PVP in the coming weeks, as the new changes are intended to make combat more exciting while cutting down on crowd-control abilities and adding more incentive to actually get PVP gear. All good changes in my eyes.

However, Warlords of Draneor has that samey feeling a few other expansions had, because at the end of the day, this is still World of Warcraft, and there is little to welcome back fans who couldn’t stand the visual style or mechanics. Rotations and gameplay remain similar even though many talents and skills have been taken out or streamlined, and the engine still isn’t up to snuff with most of the MMO market despite the noble upgrade in Warlords.

In regards to the technical problems some players have experienced, I’ve been able to log in every day on the Burning Blade server without any issues, but it’s important to note that Blizzard has been having issues with DDoS attacks early into the expansion’s release, and queue problems for the past week or so. As is the case with any expansion, the population levels will even out in a few weeks once people get to the cap and quit, and Blizzard has been forthcoming with fans in terms of delivering updates and fixes. 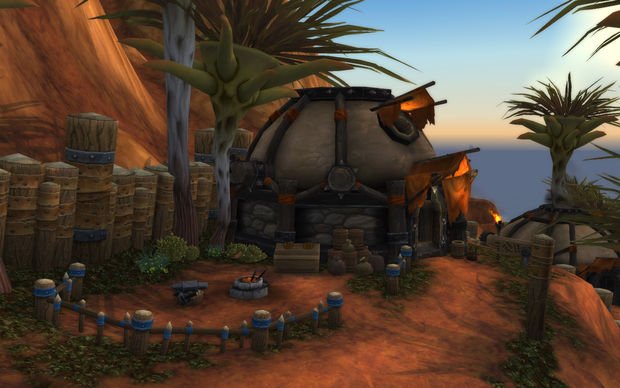 World of Warcraft: Warlords of Draenor hasn’t blown me away like Burning Crusade or Lich King have in the past, but it’s a good middle-ground so far that I’m enjoying more than Mists or Cataclysm.