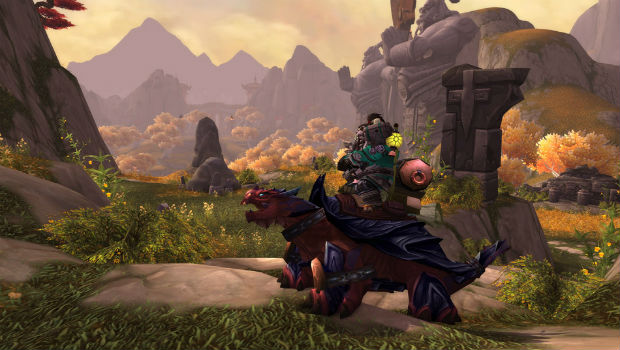 We already saw the absolute greatest World of Warcraft cinematic to date, but now there’s even more good news for WoW fans on the horizon. Blizzard has just announced that once an upcoming Mists of Pandaria patch hits, every race will be playable regardless of what expansions you own.

So in essence, people will be able to pick up the most basic version of the game, and play as their favorite race without having to buy every single expansion pack. While it isn’t the biggest thing ever for hardcore fans who keep their subscription current, this is sure to bring in some new fans who want to explore their favorite character choice.

Every race will be playable, even the Blood Elves and Draenei from Burning Crusade, the Goblins and Worgen from Catacylsm, and yes, even the upcoming Pandaren.

As a former WoW fan, I’ll be going back to Mists of Pandaria for a bit, if only to experience the new content. WoW hasn’t been able to grip my interests quite as tightly as it did during the Burning Crusade era, but there are still a lot of people who enjoy it, and that’s great.

Now that my level-headed comment is out of the way, here are some generic WoW comments for you to copy and paste in any WoW-related story:

“LOL WoW? You must be [insert social status of your choice here].”

“WoW? I never played it but someone this one time in a bathhouse told me it forces you ignore your family so it must suck.”

“Gamers? Enjoying things that are popular? I don’t want to waste my breath telling you that you’re wrong, but here goes…”

All Races playable in patch 5.0.4 [World of Warcraft]