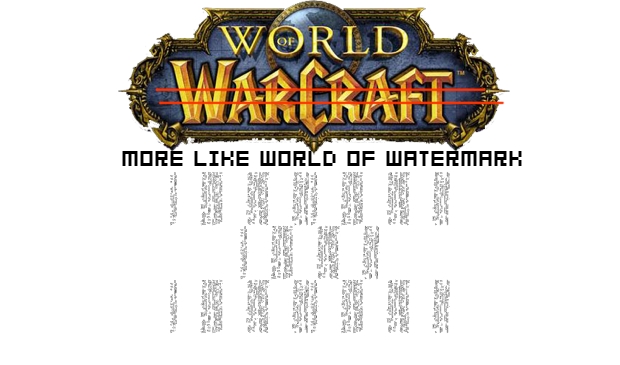 How’s this for scary? Screenshots taken inside MMO World of Warcraft are quietly watermarked with encrypted user data. Looking at a decoded screenshot, the data hidden in your screenshots looks like rows of characters from The Matrix. It’s really the screenshot taker’s account ID, IP address of the current realm and a timestamp.

The folks that found this data say that your account password, personal information and your own IP are safe. Still, hackers can use the available info to target players with spam or scams. The data can also be used by Blizzard to track down private servers.

The big issue here isn’t the data, but with Blizzard somehow forgetting to tell players that their data is shown in these watermarks.

The people at Ownedcore say that it looks like Activision Blizzard has partnered with company Digimarc to use their tech to secretly tag screens. This same company offers an automated service that pulls screenshots from the internet to check watermark information.

They have found evidence of this watermarking from as early as 2008. If you don’t want your information out there, pull any screenshots of WoW play you may have posted.

Any WoW players out there want to try this out? Here’s how you go about it.