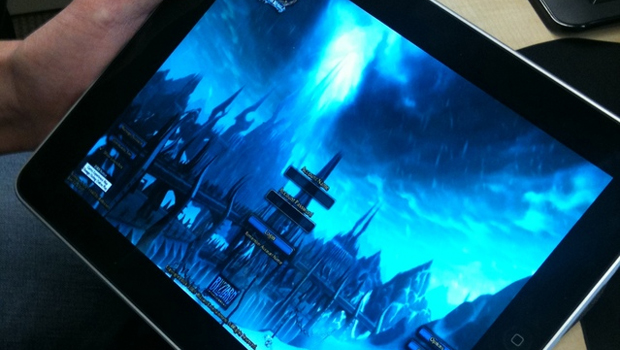 Game designer Dave Perry posted a photo to his blog of World of Warcraft on an iPad. It’s a test of the Gaikai cloud server system running over a standard WiFi connection.

Perry comments that they’re, “trying just about every genre of game, on every device possible” and this is pretty strong evidence to support that statement. It’s one of those things where I have a hard time imagining the practical limitations of trying to actually play this on that device but think it’s neat nonetheless.

WOW streamed to iPad (via Gaikai) [David Perry via 1Up]

Filed under... #Apple#iPad#World of Warcraft