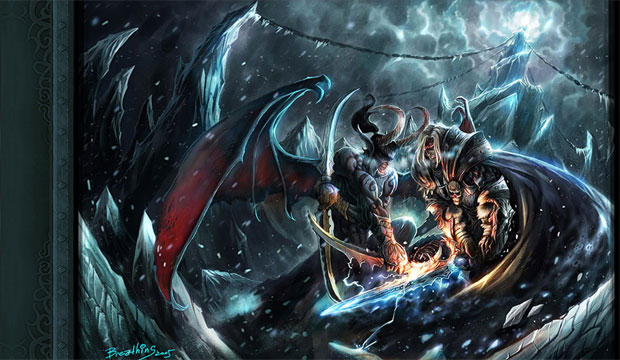 But is it intriguing enough to convince everyone to give another videogame-based movie a chance? Uh … I’ll let you be the judge of that. My general viewpoint tends to be that of expecting the absolute worse and then likely getting something that’s not great, but it’s not the horrible mess you thought it would be.

The IMDB page of the Sam Raimi-directed flick recently got a facelift — originally just World of Warcraft, the film is now referred to as Warcraft: The Rise of the Lich King. The interesting part, which IncGamers notes, is that this could signify the film going in the same direction as the popular Christie Golden novel Arthas: Rise of the Lich King.

If Raimi’s movie is going to be standard epic fantasy battles with massive set pieces, then I could care less. If it’s instead going to be a much more personal story of Arthas becoming a Death Knight and, well, you know the rest, then consider me interested in hearing more.