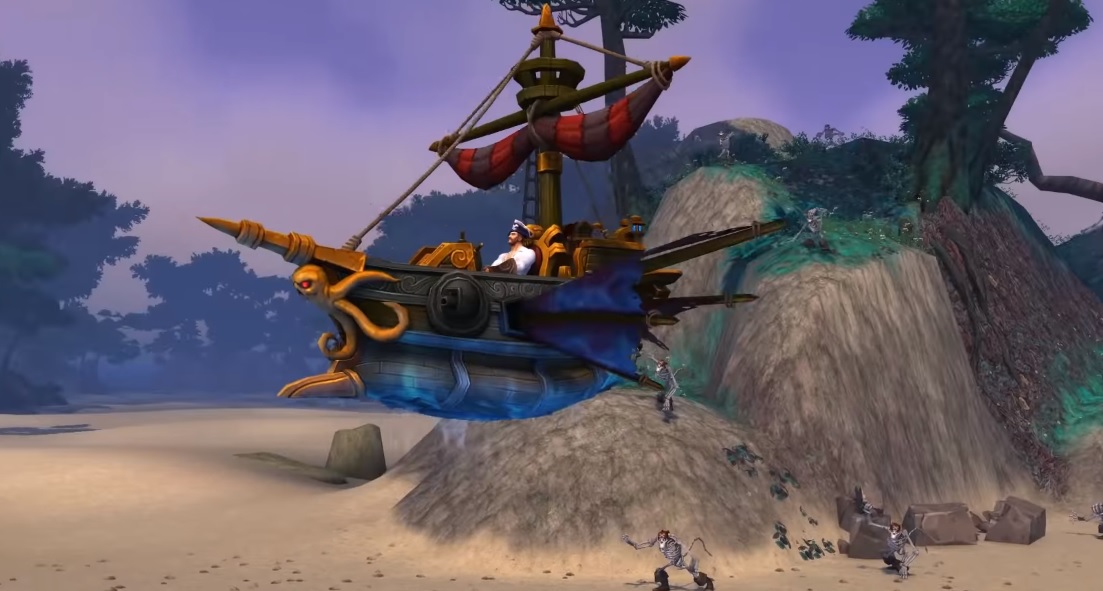 I will spare you a pirate pun and pirate talk

Blizzard frequently runs various limited time events, some of which are beloved in-game occurrences supported entirely by the subscription fee, and some of which that are…not. This one falls into the latter category, as the publisher has announced that World of Warcraft is getting a new mount (and paid parrot pet) for International Talk Like a Pirate Day. It’ll run through October 21 and will require a commitment of 180 days of gametime. Bwak! A pretty penny! Damn, I couldn’t resist a pirate reference in the end.

Paid mounts are not new to World of Warcraft: they’ve been around for years (since the Celestial Steed in 2010 actually, which made boat loads of money), and are generally priced around the $20 mark. Final Fantasy XIV even ran a similar gametime-specific promo that required 90 days. This one will cost you a little more than that. If you can wait until 2019 though it will allegedly be sold separately.