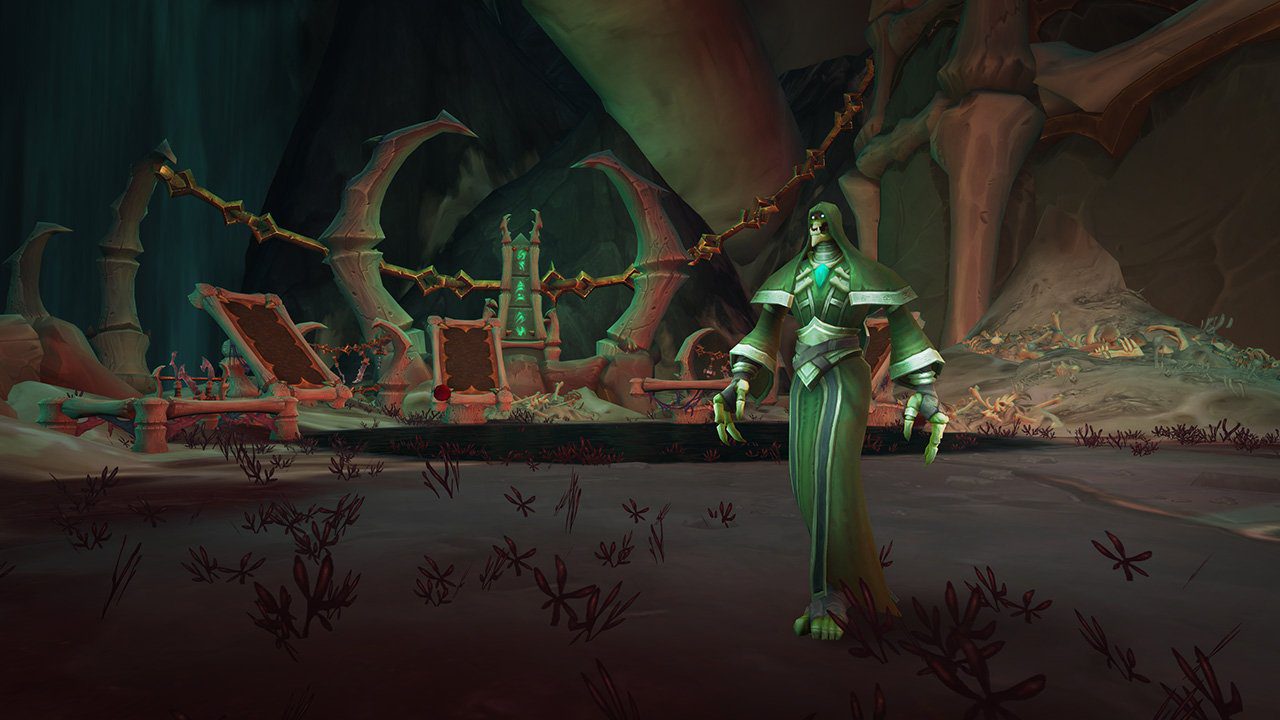 Blizzard is slowly giving us a glimpse at the new covenant system in World of Warcraft: Shadowlands, which lets you pledge your allegiance to a lore-centric group in the new expansion. We’ve already seen the others (like the vampiric Venthyr and the fairy Night Fae), but this week the deadly Necrolords take center stage.

With a name that sounds like it was straight out of a Darksiders game or a middle school Xbox Live account, the dead-centric clan is housed within Maldraxxus, one of the new zones in Shadowlands. Where it actually gets interesting is the breakdown of the Necrolord political system (each ruling house is in flux and their prime leader is gone), as well as the introduction of plenty of nostalgic Warcraft creatures, like Abominations, Liches and Aranakk spiders.

They’ll also grant you edgy powers too, like Fleshcraft (form a shield of flesh and bone that prevents damage equal to a portion of your maximum health— standing near the corpse of a defeated enemy when the ability is cast will create a larger shield) and the ability to bind souls.

I’m tempted, but undead fame is fleeting: vampires are for life. This post is just full of weird phrases and “I’m 15 and this is deep” slogans (Fleshcraft is a pretty brave name for a skill that definitely won’t be endlessly memed), isn’t it? I love how silly this game can get sometimes.

Shadowlands Preview: Maldraxxus and the Necrolord Covenant [World of Warcraft]