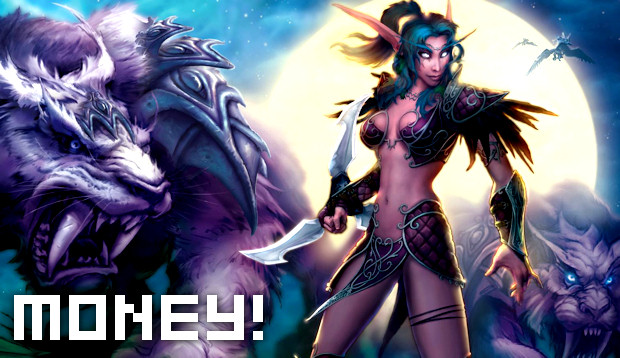 As if World of Warcraft wasn’t enough of a cash vacuum, Blizzard Activision has revealed that it’s more than open to the idea of further microtransactions within the world’s premier MMO. Oh that wacky WoW, always making so much money!

“I certainly think it’s possible that we could do some kind of micro-transaction stuff,” says game director Tom Chilton. “Whether we ever shift to a free-to-play model is really too hard to say at this point. Anything I say now could easily five years from now end up seeming like, oh my gosh, that was an incredibly dumb thing to say, how naive!”

Don’t be surprised if, one day, you’ll walk into Azeroth only to find out that you can buy a Starbucks-branded halberd for the low, low price of $2.99. Somewhere out there, Bobby Kotick is flicking his frenulum and dribbling at the mere thought of such saucy shenanigans.

Filed under... #Activision#Blizzard#Microtransactions#World of Warcraft