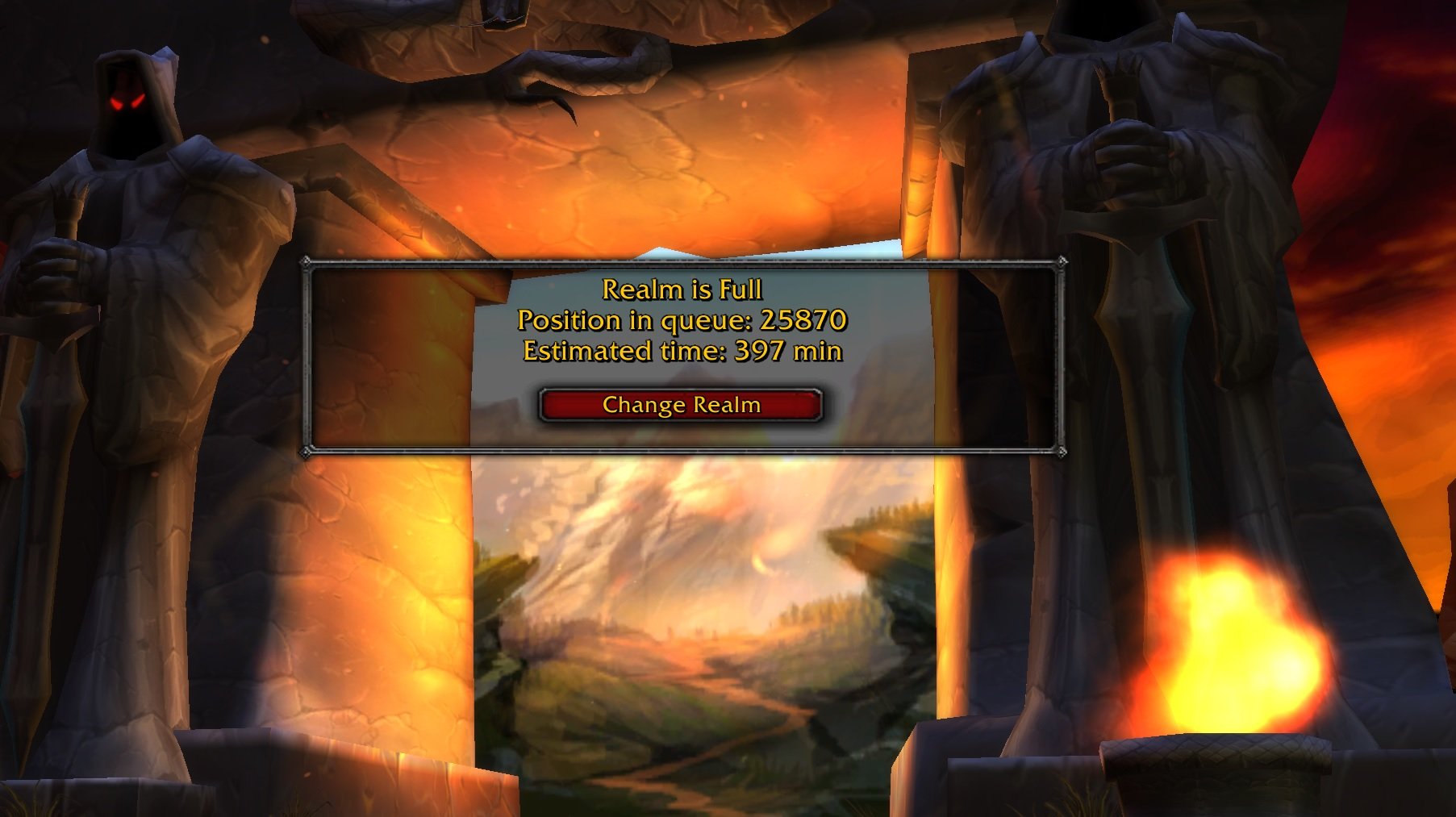 So as you may have heard (possibly by trying to log into Battle.net in any capacity and finding much of it offline), World of Warcraft Classic is out. Like, right now! But good luck playing it if you’re on a high population server.

Just several days ago I signed up for the Stalagg realm, which was newly minted, and had a “low” population as an overflow server. Well now Stalagg is considered “high,” and has a nearly 400 minute wait: assuming enough folks log out and let you in. Here’s an update from earlier today to give you an idea of what’s going on.

As of right now there are only three “low” population servers (Bloodsail Buccaneers, Kromcrush, Kurinnaxx): the rest are medium to high. For reference, “medium” is around a 30 minute wait, so if you do have characters parked on those, make sure you re-up your idle status every so often so you don’t go through the entire process again!

But hey, you can watch this celebrity launch video while you wait! My Orc Warrior will be up and at ’em  as soon as he can get through this digital pipeline.