How much free time do you have?

I was there in the early days of World of Warcraft. It wasn’t until Burning Crusade when I’d join a server-first guild and really live that WoW life you’ve heard so much about, but while I was focusing on my university studies, I did have a max-level Orc Warlock to pass the time with.

And time definitely did pass rapidly, because nearly everything in “Vanilla WoW” took a while. Individual stats had to be trained, including weapon skills, talent trees needed to be meticulously vetted lest you pay a huge gold sink price to respec (re-roll your talents), raids were insurmountable for many with 40-person group requirements, and things we take for granted, like dungeon queue tools, were non-existent.

World of Warcraft Classic is out today and included in your WoW subscription fee ($15 a month). I’m not sure it would have been received as positively any other way. 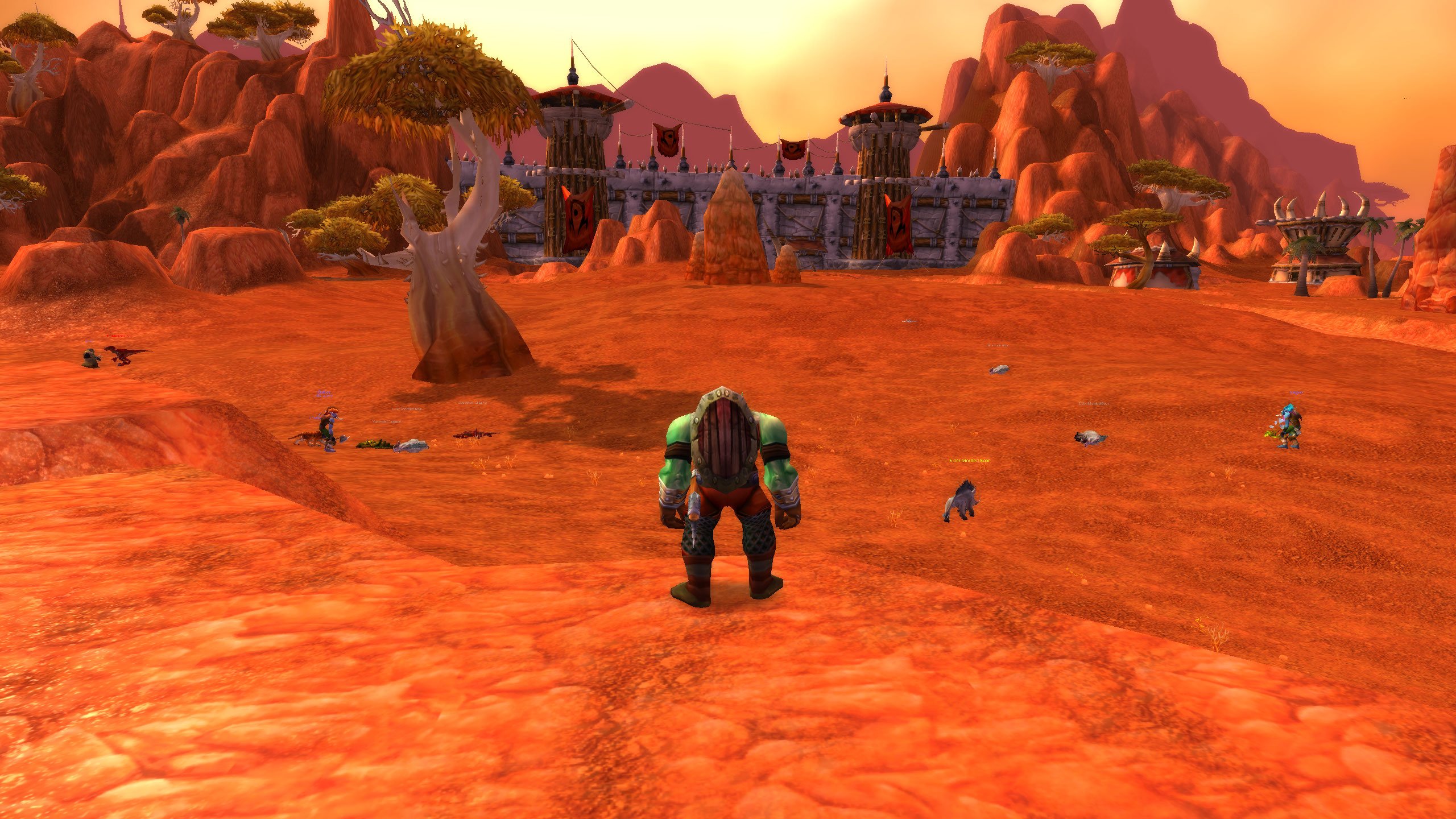 Now the whole “classic” thing isn’t exactly new. MMOs have been around for several decades (Ultimate Online existed before nearly all of the popular ones talked about today), so games like EverQuest already have “progression servers,” and even Lord of the Rings Online, which launched in 2007, has “legendary servers” similar to WoW Classic. But “Vanilla WoW” really did catapult the whole MMO scene into the stratosphere like no project did before it. That’s why it’s such a big deal, and players have been clamoring for it for so long, even going as far as to create unofficial servers (which are now mostly extinct or are being hunted down).

But I don’t think everyone is actually ready for it. After logging in with my Orc Warrior, one of the chief things that struck me was a distinct lack of urgency. Blizzard really started laying the whole “main story quest” thing on thick in the Lich King expansion, a whole four years after Vanilla WoW launched. From then on grand cutscenes and major lore players started to usher in new questlines. But after entering the world of Classic, you get a quick cutscene showcasing your general area, then you start getting down to business killing boars.

The thing about Vanilla WoW that a lot of people don’t get; is that a lot of its magic wasn’t found in its strict adherence to olden RPG sensibilities (though plenty of that is still there, like the need to kite or actually use crowd control [cc] in dungeons), but the lawlessness of it all. Players forged bonds looking for dungeon groups together, some of which persist to this day. Before you could simply “toggle it off,” world PVP caused utter chaos, leading to people quitting the game entirely. Again, many of these ideas were done already (mostly all in Ultima Online), but the sheer popularity of WoW brought it to a different scale and allowed millions more to actually experience that entropy: for better or worse.

The thing about Classic, even at the admission of its developers, is that re-creating all of those moments is an impossible task. But there is the potential for new journeys, new “quirks” as Blizzard decides what to do with this intriguing new project. I fully expect Classic‘s relevance to wax and wane, especially when huge events like the opening of Ahn’Qiraj are teed up, or someone’s “favorite patch” makes it into the cycle. For now, I can only chronicle my early-going adventures as I trot along to that coveted level 60 cap and start tackling endgame content.

I have a ton of experience in WoW‘s early game, and have played through every starting zone with every class over the past 15 years. Now not all of those inaugural runs are created equal, as they were spread across multiple expansions, but not much has changed when it comes to the mechanical, rote feeling of the first 10-15 levels. For Classic, you have to also tack on greatly decreased drop rates for quest items, and bottleneck quests with “lines/queues” as players wait for singular named mobs (enemies) to respawn. This is by design: Blizzard had all the time in the world since announcing Classic in 2017 to change it, and they didn’t.

Once you hit that perfect stride (for Horde it’s level 13, when you can tackle the first dungeon Ragefire Chasm, for Alliance it’s 17) things get so much better. Classes open up with more interesting abilities than “mash [A], wait for [B] to be off cooldown then mash that.” Hub cities (especially the big ones) are teeming with life, and help build a sense of the same camaraderie that Vanilla held so dear (and is now mostly dead in the current incarnation of WoW as players naturally move into the new hotness for each expansion).

Every piece of gear (everyone remembers their first shoulder piece) matters and you soak in every single zone instead of zipping through it. There’s lore playing out before your very eyes (fighting Kul Tiras sailors brought a smile to my face given recent WoW expansion events). I actually met up with people in-person (as in, walked 15 minutes in-game) to pay off crafters to make me bags/equipment!

But even that comes with tradeoffs! Again, you can’t just queue up for a dungeon and continue questing to maximize your XP while you have a few free hours to spare. You have to stop, manually find a group, then make sure you have the minimum amount of people required to summon other players, then hope you clear it. When you get new abilities for leveling you don’t just acquire them for free: you’re required to manually go to a class trainer, then pay up valuable in-game cash for the right to use those powers. A classic WoW problem is not having enough dough to get a new ability, then spend hours leveling without it: now it’s a Classic problem. 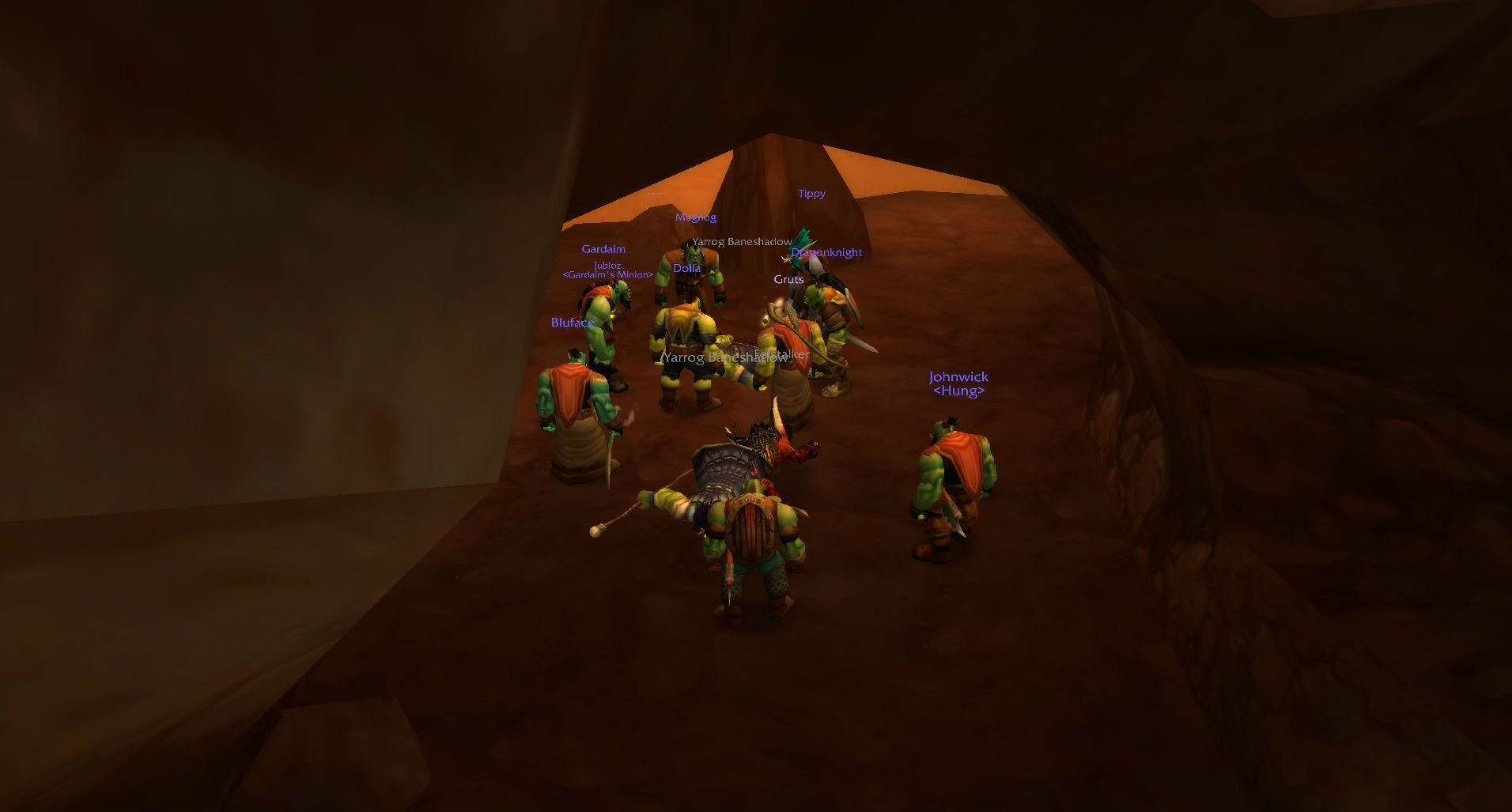 Backpack (inventory) space is limited, and so is bank space when you get to a capital city and can buy deposit boxes. Traversal is extremely slow-going, as you need to be a high-level character to even buy a mount. This is something I definitely took for granted as I leveled up many of my alts with bind-on-account promotional mounts. Reading the general chat messages from players who unexpectedly meandered into Classic from modern WoW has been its own treat.

The best thing about Classic is that it will evolve, and you can join in at any point without too much fuss. Right now Blizzard is sticking to patch 1.12. Next on the road map? Molten Core, Onyxia, Dire Maul, Blackwing Lair, Alterac Valley, Zul’Gurub (ZG), Arathi Basin, Ahn’Qiraj (AQ, which involves its own questline to open it), and Naxxramas (“Naxx” 1.0).

No one knows where this crazy train will go. How long will Blizzard keep these relic servers alive? How far are they willing to push this formula? Maybe after a few years of low server population rates they’ll “update” Classic into Burning Crusade, and then Lich King, and so on: leading to all-new hype trains and excitement.

For now, we have Classic.