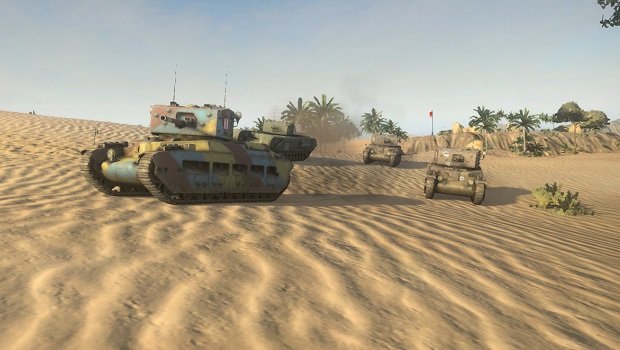 World of Tanks is getting its biggest update to date, heralded by developer Wargaming as the biggest since the game launched. The vehicle-based MMO has become a heavy hitter in a crowded market and certainly their large booth at PAX was packed any time I walked past.

Version 8.0 is bringing in the promised overhaul of the lighting and physics in the game, as well as interface changes, enhanced Tank AI, improved rendering, and new mini-map features. There’s also new camouflage patterns as well as new tanks for both the British and Russian forces.

World of Tanks is a game I’m keen to try out especially with its ties to World of Planes; a cross title, non-RPG MMO sounds different enough from almost anything else out there.

Filed under... #Gallery#Updates#World of Tanks