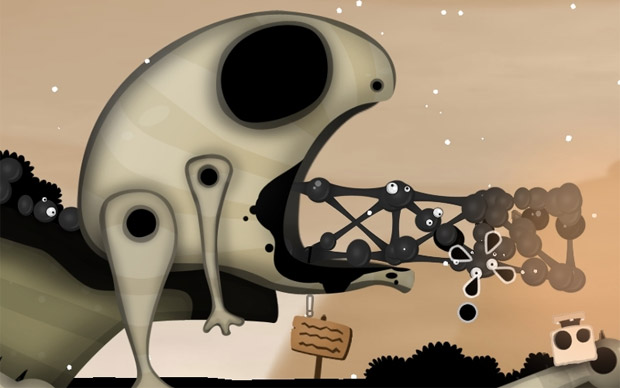 By most accounts, the iPad version of World of Goo is the definitive way to play. Multi-touch, goo, and a slick-looking screen are a winning combination — who knew? For anyone looking to join in, now is the time.

2D Boy has marked World of Goo from its regular $9.99 fee down to a mere $0.99. This is a 24-hour sale, so you’d best get on it while there’s still time. Interestingly enough, the launch on iPad was the biggest in terms of units sold within the first month. Yes, bigger than Steam, even.

And lastly, I have to point out this stellar blog post. It’s a must-read for those in the business of iDevice game development, or anyone interested in the behind-the-scenes happenings.

For 24 Hours, ‘World Of Goo’ On iPad Is Just A Buck [MTV Multiplayer]