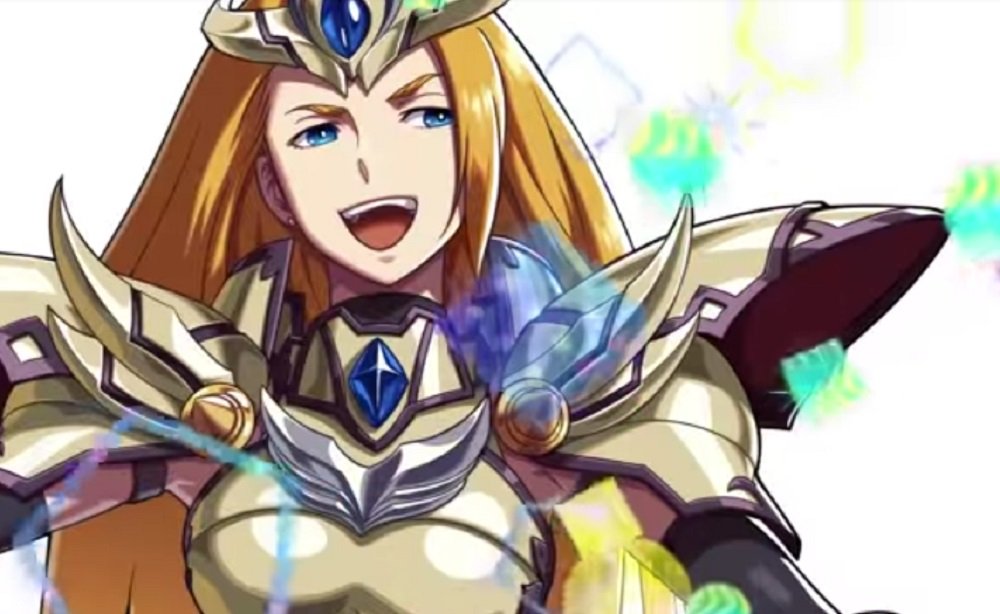 ‘It is really a sin to be so beautiful’

SNK has revealed the next historic fighter joining the roster of SNK Heroines: Tag Team Frenzy. Actually bothering to dip into the past, for someone outside of the KoF universe, the newest DLC gal is brave warrior Jeanne D’Arc of World Heroes fame.

Jeanne is knight of 15th century France, certainly not to be confused with any other brave swordswomen of similar namesakes who existed around that time and were once played by Jane Wiedlin. Brandishing her trusty whip-saber, Jeanne will cut quite the imposing figure alongside colourful, happy-go-lucky characters such as Zarina and Shermie.

It also looks like SNK aren’t going too fanservice-y with their new character this time around, as her alt costumes are both armour variants. Ok, there’s some skin on show with that samurai gear, but at least it’s not a goofy french maid’s outfit or anything. Complete with her brutal whip attacks, air grabs and Ojou laughter, Jeanne will be bringing no-nonsense warfare to the upbeat fighter.

Jeanne D’Arc will be made available on December 13. SNK Heroines: Tag Team Frenzy is available now on PS4 and Nintendo Switch.