[Do characters like Yoshi or Bowser have to worry about bills? We don’t know how much Bowser’s castle costs or the debt associated with it. Who would’ve thunk that the metropolis Wario bums around during his microgames escapades could feel so lived in? ~Strider]

The Super Mario series prides itself on starting over from square one. Each entry serves as a perfect jumping-off point for new fans, which is no accident. As a result, almost nothing carries over from one game to the next outside of Easter eggs and winking references. Even within the more story-heavy role-playing titles, characters and locations simply disappear once the credits roll.

While there’s certainly nothing wrong with this approach, it does stand out in sharp contrast to a pop-culture landscape where continuity and universe-sharing are the new gold standard. Imagine if iconic comic book villains such as Doctor Octopus or The Riddler had been swept under the rug after a single major appearance like antagonists Wart and Tatanga. 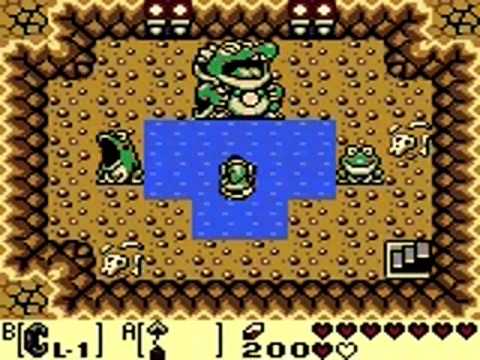 Luckily for mankind as a whole, one non-Bowser villain has managed to stick around: the lovably crude Wario. Wario was created for the express purpose of subverting Mario conventions, in order to allow his creators some breathing room from the pressures of working on a strictly-maintained flagship. This philosophy extends not only to the gameplay conventions of his two sub-franchises, but to their story dressings as well. And in no place is this more prevalent than in Wario’s hometown of Diamond City.

Across its solid decade of regular appearances, Diamond City has managed to establish itself as a living, breathing place. This is accomplished by allowing players to spend time with its cavalcade of wacky inhabitants.

Even Wario shows a bit of humanity through an unrequited romance

Mona for instance is an archetypal young adult. The urgency with which she bounces back and forth between various low-level jobs on her modest scooter implies heavily that she lives on a paycheck-to-paycheck basis. She runs into problems with law enforcement while desperately racing to work to be on time for her shift. Her free time is filled by hobbies like playing guitar with her band, and visiting hip nightclubs. I don’t think it’s farfetched to suggest that many people — especially those in bustling metropolises — can relate to or at least sympathize with Mona’s life.

Perhaps even more relatable to the series’s target demographic is 9-Volt, an elementary schooler who lives solely to play video games. 9-Volt has managed to parlay this passion for retro classics into a job creating reverentially referential new software for Wario, perfectly foreshadowing the ‘obsessive fan turned indie developer.’ Games are even the common ground by which he meets his best friend and constant companion 18-Volt.

I could go on for hours about how Ashley’s theme song spins a bite-sized tale of growing up as an anti-social youth with atypical interests, or how the characters’ lack of surprise at Orbulon’s presence raises numerous questions regarding Diamond City’s past relationship with extraterrestrials. I realize this isn’t goddamn Shakespeare, and that I’m probably letting my imagination run wild just a little bit. But the point is that these elements are present — that these dots exist for me to draw the lines between.

Try applying what you’ve learned about Mona and 9-Volt to Nintendo’s more recognizable faces. What are Princess Peach’s artistic interests? Who is Bowser’s best friend? What is Luigi’s favorite hangout spot? Just a little bit of world building and characterization goes a long way, and these simple touches sprinkled throughout a mere handful of games have allowed Diamond City to distinguish itself as a far more tangible setting than the larger Mushroom Kingdom.

Wario’s hometown may be completely off-the-wall and swarming with magic robots but it’s still a realistic, down-to-earth locale that serves as a backdrop for stories with a diverse cast of well-realized characters. It’s a place where realistic concerns of delivering pizza or collecting cab fare can believably coexist with mysterious mermaids and ninja kindergartners.