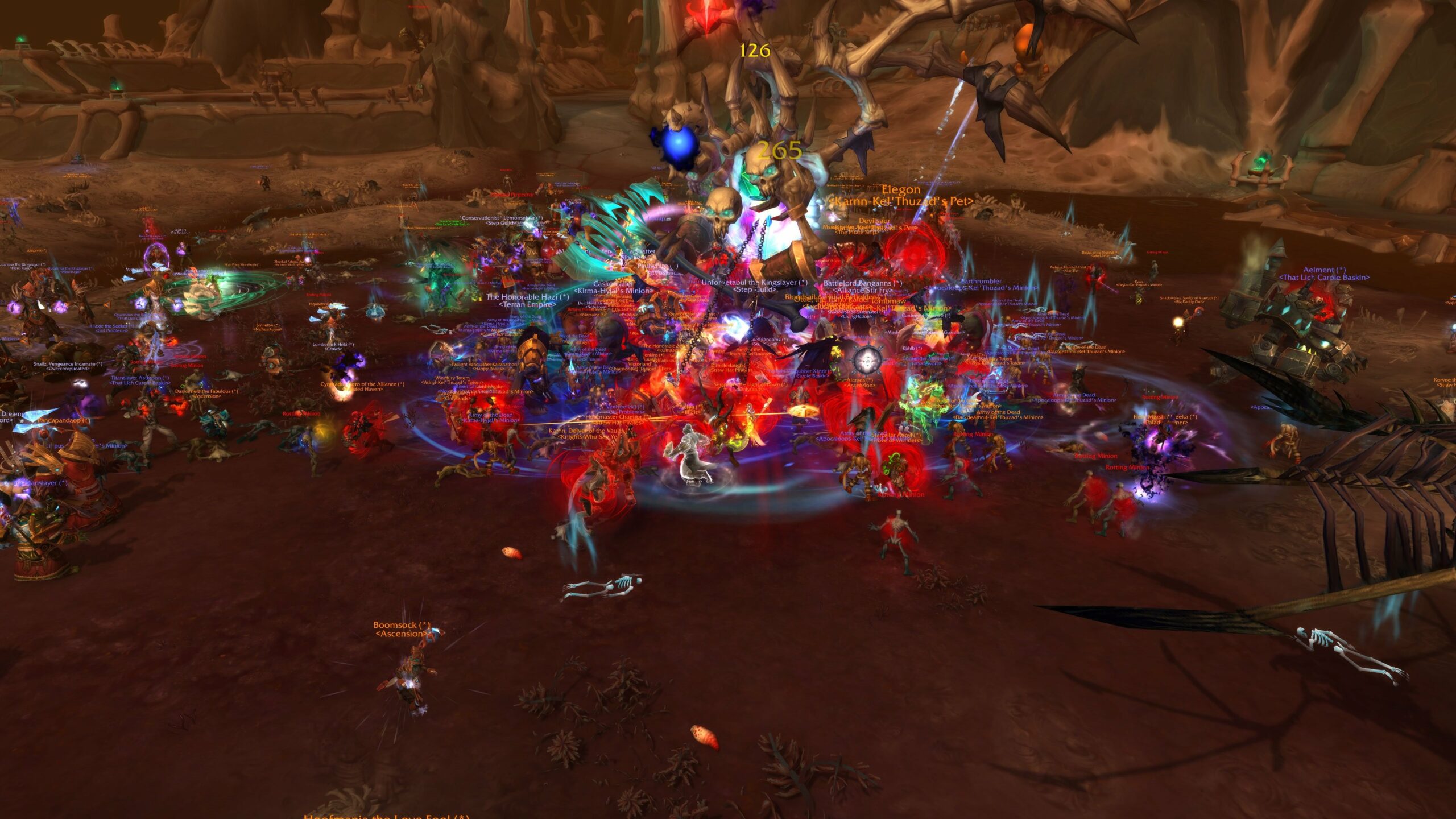 Go get your easy rewards

World of Warcraft: Shadowlands just got a huge shot in the arm yesterday evening, as the first major patch arrived.

Alongside of the first raid, it also brought along some new weekly activities, like the Great Vault (a side menu you can earn rewards from through high-level play), arena quests (the first season just kicked off), and world bosses. The latter bit is probably what most of the playerbase is going to be interested in, as Shadowlands continues the trend of the last few expansions of cycling in new world quest-related bosses each week for easy rewards.

In short, all you need to do is log in and look at your Shadowlands world map. Scan for a more pronounced icon, generally of the epic (purple) variety. Head to that location to fight a world boss (along with a ton of other players): after defeating it, you’ll earn the reward highlighted in the quest marker. Each world boss cycles over in the weekly Tuesday reset, so you have until then to get it done.

Don’t forget to press the “i” key and look for a group! Just type in the name of the boss (in the case below, Mortanis) and you’ll find a group in no time. Or just make your own and you’ll have a giant raid party in seconds.