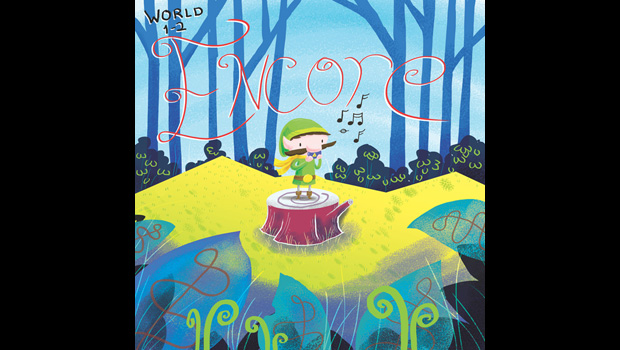 World 1-2 was pretty amazing. If you didn’t snatch it up when it was first released, do realize that you have been missing out on a masterful collaboration of professional game composers and enthusiast arrangers, with contributions from the likes of Silent Hill‘s Akira Yamaoka, Armcannon‘s Danimal Cannon, and many others.

Koopa Soundworks has now released World 1-2: Encore, a 14-track companion that gives you more of what you love. You’ve got the post-rock Zelda‘s Cory Johnson once again, “Mega Man 11” project composer Xavier “mv” Dang, The OneUps, Video Game Orchestra… the list keeps stacking up! While the original album offered a selection of both original tunes and game arrangements, Encore is straight up arrange central. The exception is Manami Matsumae’s contribution — a reprise of her World 1-2 original piece “One Shot, One Kill,” which has been seemingly given a dash of Mighty No. 9 flavor!

Encore is available for $8 digitally, but you can also spring for a three-disc collection that includes the original World 1-2 all for $24. I must admit, the physical version looks pretty boss.