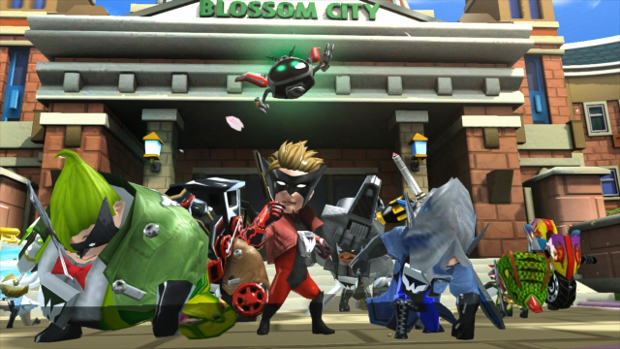 Kamiya starts answering questions about how he got into videogames, describing a childhood in which he braved a bully’s home just to play games because he had none. “Every time, I’d come home having been punched,” Kamiya said, “but I’d go again the next day.” From that point on, Kamiya remained ensconced in the medium and goofed off in school, playing loads of games. After school, having taken no particular strides towards becoming a game creator, he sent resumes and received word back from Namco and Capcom, eventually landing with Capcom as a planner on Resident Evil under Shinji Mikami.

Kamiya noted that “there was a backlash and shock from giving the director absolute authority,” with Mikami heading Resident Evil authoritatively, rather than Capcom’s previous, more cooperative approach. Staff, including Kamiya, “would complain to the director how we were frustrated by, for example, not being able to have the player-character move faster. The director, however, would say that the theme of the game was fear, so it should be left as is, and refuse it,” Kamiyza said. “And when I played the final, complete version, I could clearly see why Mikami-san hadn’t budged.”

“But immediately after, when Mikami-san made me director of Resident Evil 2, I messed up in a big way. As a result of saying okay to everything that came up, it turned out horrible. We had to scrap what we had spent a year and a half making.” Kamiya certainly has a more loose approach to game design.

When he was first tasked with heading a small team, for Viewtiful Joe, he struggled making fun systems before falling back on a subconscious knowledge gleaned from all his years of playing games, eventually realizing he had to be more conscious of this understanding. Of course, luck and a good eye help, too. Viewtiful Joe‘s slow-motion only came when a programmer was slowing something down and Kamiya thought it looked cool. The whole VFX power core wasn’t there to begin with. It developed organically.

“My games tend to go that way, so the core isn’t in the plan from the start,” Kamiya said. “We make the game with luck and inspiration, and if we work hard, at some point the God of Video Games descends upon us.”

Note to aspiring game creators: I’m not sure Kamiya’s methods — just playing a lot of games and applying to a major developer — will prove all that successful for you. It makes for a good, strange story, though. The lucky game creator — Resident Evil was his first project and he was bumped to director on its sequel — with an eye for inspiration and the ability to capitalize on ideas. I’m sure Wonderful 101 will be as wonderfully unique as all of Kamiya’s past efforts.

Be sure to give the whole interview a read. It’s interesting and good insight into the development of some fabulous games. It’s also adorable, in text, to read “(laughs)” after that many of Iwata’s lines. What a likeable guy.