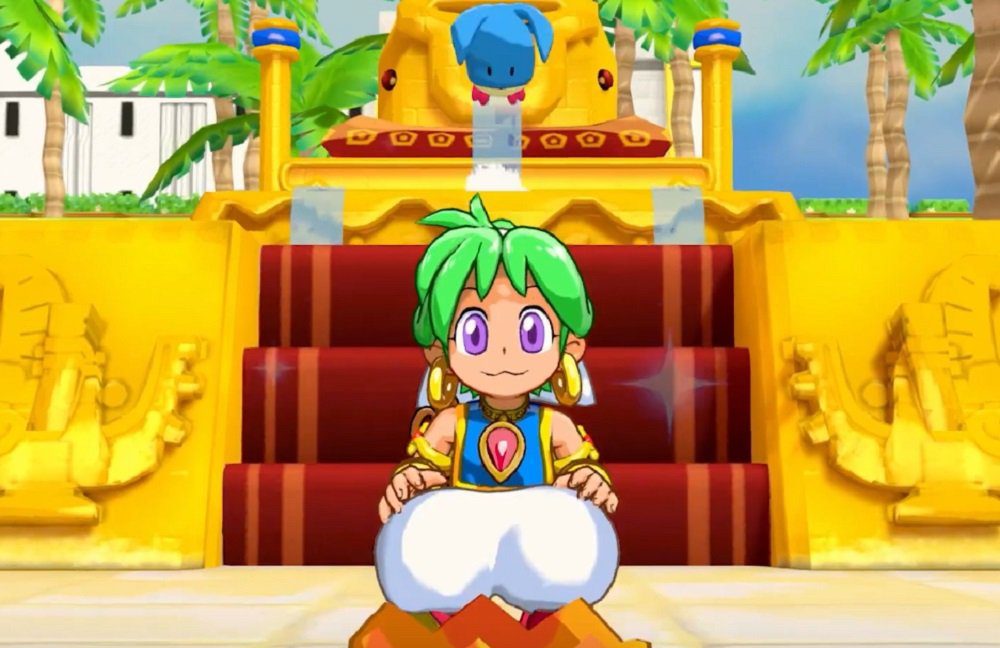 Start packing your cutest sword and most colorful outfits, as ININ Games has announced that Wonder Boy: Asha in Monster World will launch this spring. The dinky adventure title will arrive in Japan on PS4, PC, and Nintendo Switch April 11, before headed west later in Q2.

Wonder Boy: Asha in Monster World is a remake of lost Sega Genesis release Wonder Boy IV, and sees the titular hero swashbuckling her way through a mystical kingdom. Developed from the ground up by Studio Artdink – guided by members of the original development team – Asha in Monster World features redesigned 2.5D visuals, a remastered score by composer Shinichi Sakamoto, and new, fully-voiced cutscenes. As a neat bonus, the original Wonder Boy IV release will come bundled with the new game.

ININ also released a new trailer. I can’t help but notice that the frame-rate issues – first noted in the Gamescom 2020 trailer – have improved, but are still apparent in busy scenes. Hopefully this anomaly is a product of a development build, or the video itself, and will not be present in the finished game.