Who’s playing matters less than how they play

Can boys play support? Versions of this question headline Reddit posts from the past few years: “Do girls always play [Overwatch support character] Mercy?,” “Why do women usually play support?,” “Why is the support role considered ‘feminine’?”

Before answering any of these questions or wondering why so many people ask them, let’s define the general roles in competitive multiplayer. There are three main classes, the DPS (or “damage per second” characters), who unleash pain on their bad guys, tanks (or “meat shield,” a term I like), big brawny creatures that purposely take enemy damage, and support, who try to keep their buddies alive.

Without any societal context, nothing about these roles suggests one type of player profile over another, but a lot of people insist on assigning them. Whether it’s women to support, men to DPS, or homophobic straight people to assassin characters like this TikTok says (for the record, this TikTok is clearly a joke and I think it’s funny, I just wanted to talk about it too!), a lot of players like peering behind the virtual mask and determining who they’re playing with. What kind of person they’re playing with.

It just so happens that a lot of the time, people get caught up on whether or not that kind of person is a woman. Personally, I wouldn’t mind knowing how many healers watch The Real Housewives of Potomac, because I think that could be a niche Venn diagram. Other than that, I think it’s interesting how after years of Reddit question-asking and Medium thinkpiece-responding, people still only want to know why women play support. I tried to find someone wondering why so many men play DPS, but all I got were general statements, “why so many people play DPS,” “no one wants to go tank,” “everyone just wants to DPS.”

“Everyone” means everyone except for women, I guess, who just won’t stop playing support. A lot of women do play support, but so can men and anyone else. Every team role is useful and necessary, and playing one over another doesn’t inherently indicate a player’s skill or who they are. My man boyfriend plays as little girl assassin Tristana in League of Legends. Reader, my boyfriend is terrible at League of Legends.

Everyone has different skill levels. Anyone can hurt their enemies, anyone can help their friends. But considering how real-life men are more likely to enact and receive physical violence, we might subconsciously assign punishment-driven roles like DPS and tank male qualities. Support (which isn’t necessarily a nonviolent role, it just exists more in the realm of help than brute force) has a sweet and servile connotation, qualities more often associated with women. 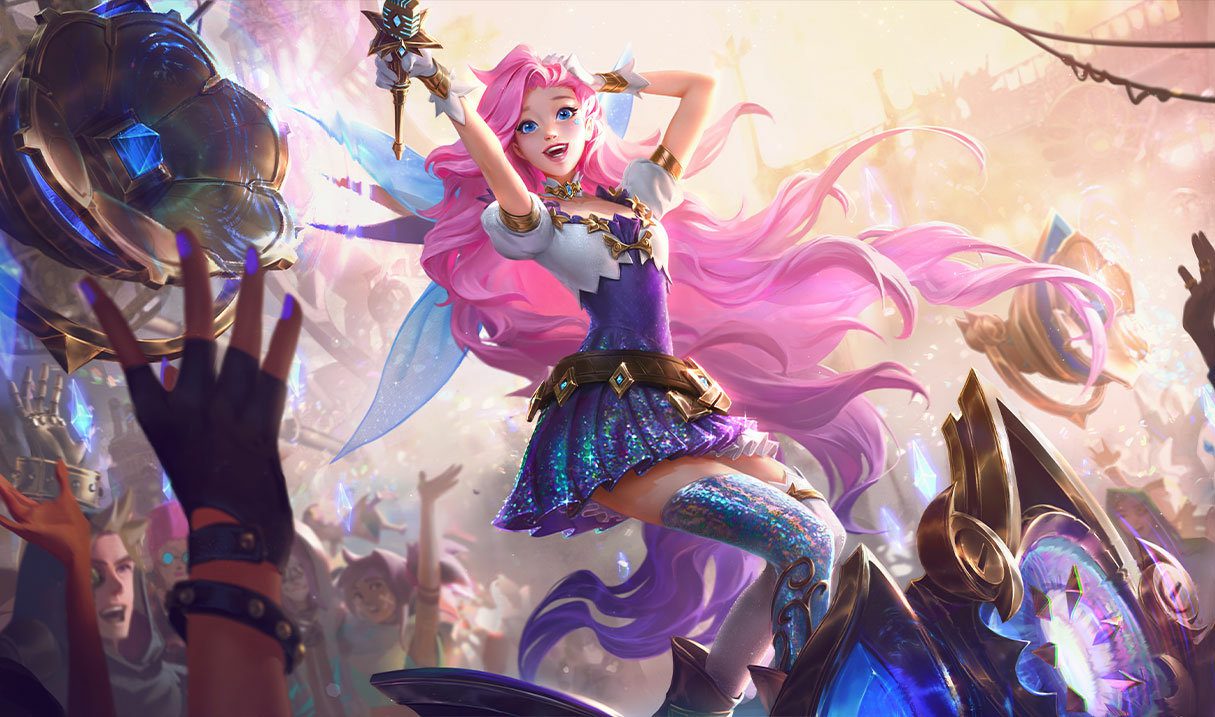 That’s just a long way of saying that gender roles in real-life society drive game roles in collaborative gaming environments. And that makes sense. When you start up a game of Overwatch, you’re not magically unleashed from the societal expectations you absorb from being alive. The values you’ve learned in real life are values you want to keep in a game — to defend, to shield, to support.

So sometimes, gamer girl stereotypes are true. I don’t play competitive multiplayer, but if I did, I’d probably play whatever girl character I thought was the hottest, which might sometimes mean acting as support. I think that’s fine, and I think all the women who enjoy skillfully playing as support think it’s fine too. I’d like to see gamers focus less on why women or other marginalized groups play games a certain way and start asking themselves why they feel threatened by a group of people with similar real experiences sharing a gaming culture. Especially since men often avoid doing their own identity-related introspection. And if it really bothers men, why don’t more men start playing support?