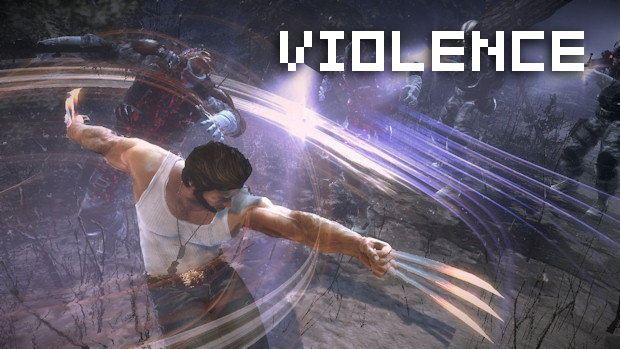 As you may have read from our preview, I had the opportunity to check out X-Men Origins: Wolverine last week, and also got chatting to Raven Software project lead Dan Vondrak. We had an interesting chat about how the game got started (Raven were already working on a Wolverine game before tying it into the movie) and how they wanted to make the most true-to-character title possible. Our most interesting discussion topic, however, was the game’s undeniable brutality.

“We’re actually pretty worried about the violence in the game,” he explains. “People might play our game and think, ‘Oh cool, we’re gonna get an R-rated Wolverine movie,’ but the movie has none of the brutality we have … we basically told Fox that the violence stays, and Fox was cool with that.”

The game is certainly gory, with throat-to-testicle, claw-rending, Kurt Cobain-flavored shotgun executions, and a ridiculous amount of dismemberment. Realistic, yes, but certainly not true to the film. Be warned that if you want to see Hugh Jackman spill blood and rip off heads the way he should, then the videogame is the only place it’ll happen.