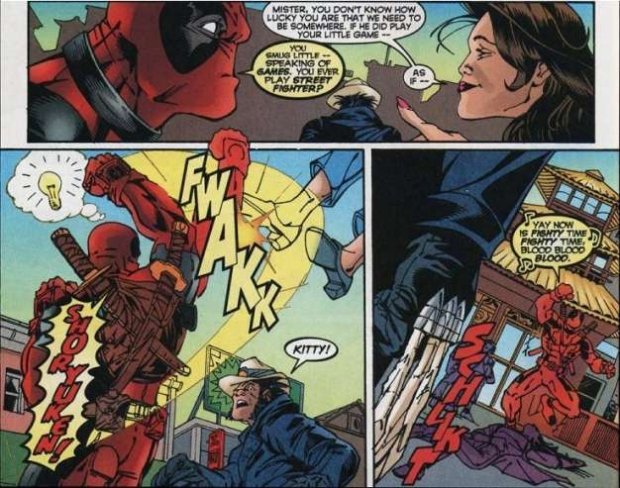 Deadpool is one of the greatest comic book characters ever. Normally this is where I would back this up with some humorous anecdote or story, but the previous sentence is such an undeniably true statement that I don’t need to.

Sadly, X-Men Origins: Wolverine sucks, and though Ryan Reynolds is pretty well cast as the smart mouthed assassin he’s not in it enough to be useful. On the other hand the game based on X-Men Origins: Wolverine does not suck, and part of the reason is that Raven Studios loves the character of Wolverine. Evidently, they also love Deadpool. The developer has expressed interest in giving the character his own game.