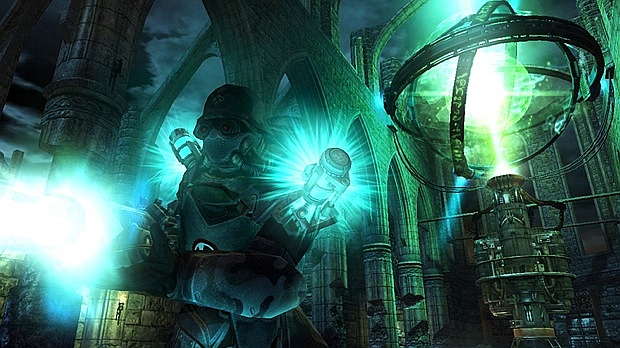 Wolfenstein’s official Web site is live and offering some downloadable goodies such as screenshots and concept art. The amount of content is a bit low at the moment, but it’s probably a good guess that id will ramp up the teasing as the game continues its crawl to retail.

Speaking of teasing, id will be debuting a new trailer for the game on GameTrailers TV, Friday at 1 AM Eastern/Pacific on Spike. We’re told that a boss will be shown, as well as “loads” of gameplay. Hopefully, we’ll get to see some multiplayer footage. I want the assurance that documents still need protected in this current gen iteration of Wolfenstein.