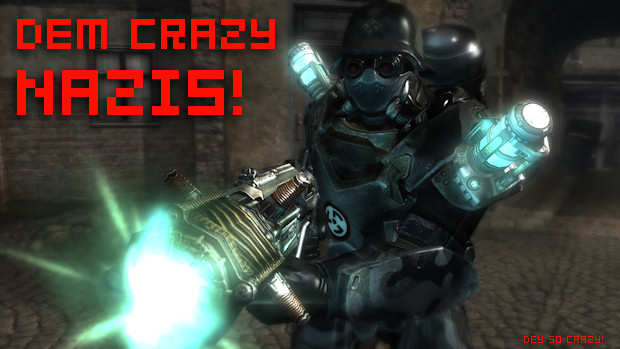 Many players are, understandably, put off by World War II games, thanks to their over saturation and endless exploitation. With that in mind, Wolfenstein‘s creative director Eric Biessman wants it to be known that the latest iteration of the Nazi-killing franchise is not another WWII shooter.

“There’s a lot to be excited about in Wolfenstein,” says the Raven director. “The core gameplay of Wolfenstein is based on fast-action, visceral combat and heavy-duty firepower. Looking deeper at the game, you see that it’s set in a very compelling universe. While the game is set in WWII, it’s not a WWII game – that’s like saying the Indiana Jones movies are WWII movies.”

Biessman goes on to talk about how Wolfenstein will focus on the occult side of proceedings, with “larger than life” characters, weaponry and enemies. Nazis wearing powered-up suits of armor and wielding beam weapons are the order of the day, not gritty realistic warfare. More power to them and I hope they do well with that. Raven, I mean … not the Nazis.

Seriously, I look forward to good things. I was personally very disappointed with the last Wolfenstein game but Raven is in my good books right now, so I expect they’ll pull something solid out of the bag. Nazis in power armor always make for a good start.