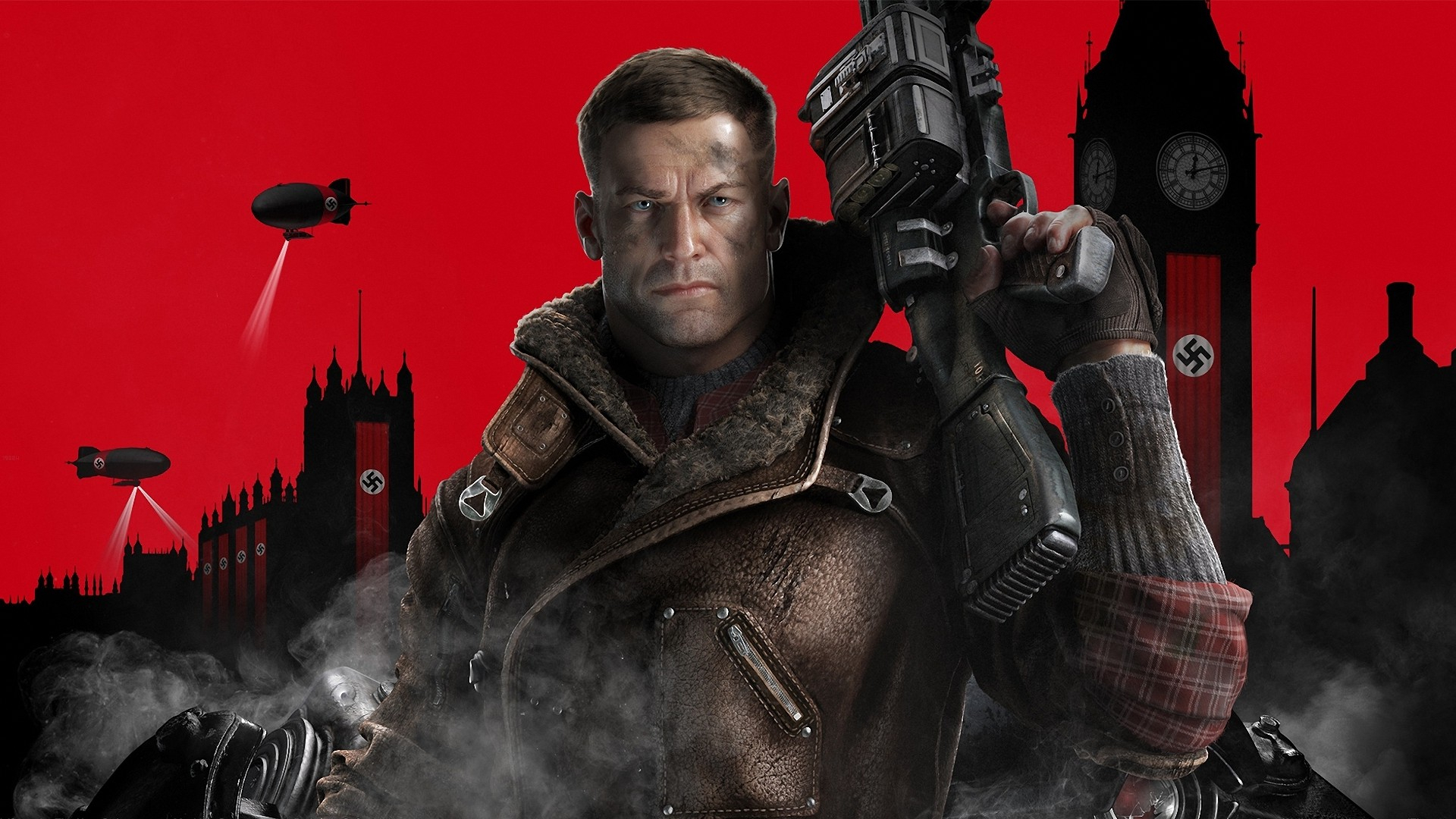 Muddled textures are fine when the framerate works

Wolfenstein II: The New Colossus kind of came and went. It was a hot ticket for a little while, and it was hot in the lead-up to its release, but after that I didn’t hear much about it.

Now it’s back on Switch! And I suspect the conversation is going to go on a little longer this time. 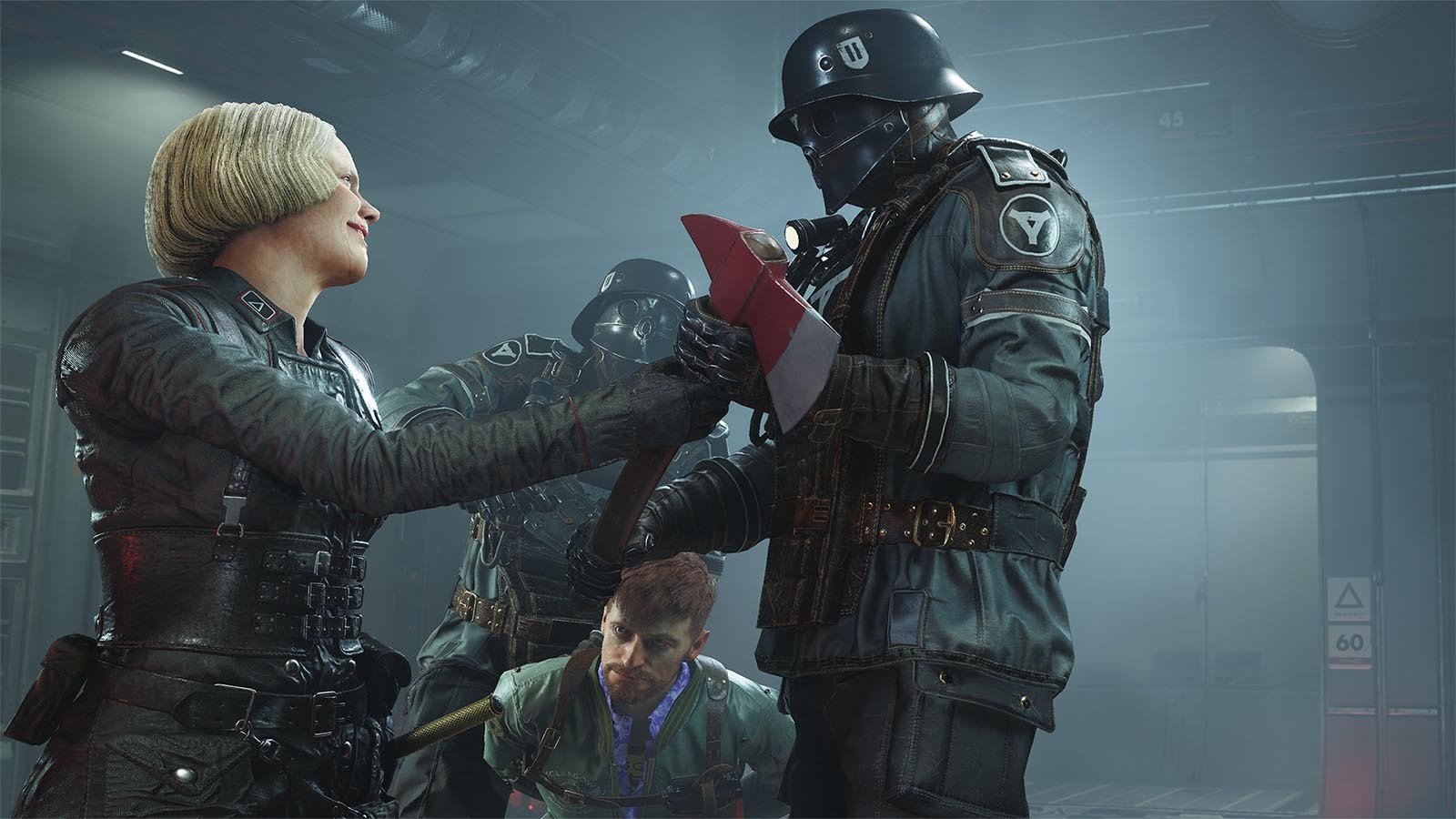 Panic Button has done it again. And let me unequivocally say, if you want the latest, greatest high-res textures and particle effects you probably shouldn’t be getting ports on Switch when more powerful console or PC versions are available.

It doesn’t take a fanboy to accept that right now, if you have a capable PC, you can grab Wolfenstein II on sale on Steam for $24 (instead of the $60 the Switch is launching with), where it’ll look cutting edge. But a lot of folks simply don’t have a gaming rig, PS4, or Xbox One. Or maybe they want to play Wolfenstein II on the go. That’s where the Switch comes in and you’re free to take it or leave it. Gyro aiming is also in — with a sensitivity slider — and even if I don’t prefer it it should come standard on all Switch shooters.

Wolfenstein II is a lot like Doom in that some quality is sacrificed in order to get it running on the system, especially in portable mode, but it more than gets the job done. I know some of you might be thinking that a bare minimum port shouldn’t be celebrated, but it’s way more than that. Okay so maybe a sign or poster won’t be as sharp as it would be on another console (something I talk about a lot in shooters as one extra detail that’s appreciated with immersion), but the core focus for Wolfenstein is shooting nazis, and as of late, narrative.

It’s absolutely not flawless, as The New Colossus can drag. The environments can blend together and the scenarios can often feel like generic set pieces; acts of going through the motions to get to another exciting cutscene. Its level design also doesn’t feel as satisfyingly labyrinthine as The New Order, almost like MachineGames put so much of their heart and soul into the storyline that they didn’t have a lot left to make every stage memorable.

When it does hit, it hits hard. On Switch you’re still going to get the same beats as every other system, which is rather surprising given how insanely violent and disturbing the subject matter is. I mean, sure there have been exceptions over the years on Nintendo systems like Eternal Darkness, but I never would have thought that an ultra-violent shooter like this would pass over Reggie’s desk with an approval stamp. It’s a sign of the times that Nintendo is getting with the program before it gets left behind.

In that sense Wolfenstein II is a pretty monumental moment for the publisher. As long as more companies like Panic Button figure out the secret sauce of how to distill 44.55 GB (PS4) files into 21.8 GB (full digital download on Switch) while keeping the gameplay intact, the Switch has a bright future ahead of it.